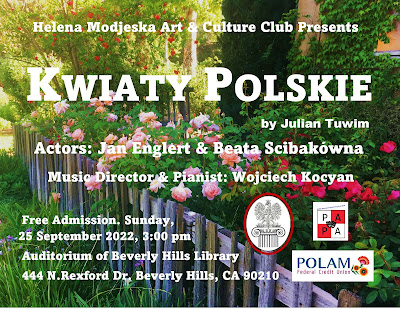 Between September 20 and 25, 2022, a famous Polish actor Jan Englert, the Director of the National Theater in Warsaw, Poland, will visit California with his wife, actress Beata Scibakówna. Mr. Englert has been invited by the Helena Modjeska Art and Culture Club to receive in person the Helena Modjeska Prize for the year 2021. The September 2022 visit is co-organized by three cultural clubs of Polonia in Southern California: the Modjeska Club, the Club PAPA of Orange County, and Amphitheater Jaskólka of San Diego, in collaboration with the Theater Department of the University of California, Los Angeles.

The program includes two public theatrical performances, in San Diego and Los Angeles, and two events by invitation only – a Seminar on Polish Theater for professors and doctoral students at UCLA, held in the afternoon of Thursday, September 22, 2022, and the Presentation of the Modjeska Prize and Reception by the Modjeska Club and PAPA Club on Saturday, September 24, 2022 at 6 pm.

This latter event will include an interview with distinguished guests conducted by Maja Trochimczyk, the presentation of the Modjeska Prize and certificates of appreciation from California lawmakers, and a catered dinner buffet by Teresa Turek. The event will be held at the welcoming home of Maria and Jerzy Menclewicz, for members of both Clubs. RSVP to Beata Czajkowska, Board Secretary at Beata.J.Czajkowska@gmail.com. Limited seating, please reserve your place early.

On Sunday, September 25, 2022, at 3:00 pm, at the Auditorium of the Beverly Hills Public Library (444 North Rexford Dr. Beverly Hills, CA 90210),  Jan Englert and Beata Scibakówna will perform fragments from the epic poem Kwiaty Polskie (Polish Flowers) by Julian Tuwim (1894-1953). In this work, the Polish-Jewish poet reflects on the beauty, heroism, suffering, and resilience of the Polish nation, in the aftermath of tragedies of WWII. The performances will be in Polish, with English translation by Dr. Maja Trochimczyk in the program book. Interludes of Chopin music will be performed by eminent pianist Dr. Wojciech Kocyan, Professor of Loyola Marymount University. After the performance there will be a brief Q&A with the performers.  This event is free and open to the public. RSVP to prezes@modjeska.org. Space limited to 100 guests. Prof. Kocyan will play on Blüthner piano provided by Kasimoff-Blüthner Piano Co. Los Angeles, CA. 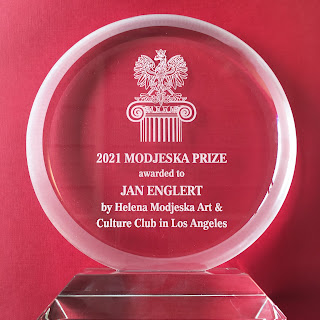 ABOUT THE MODJESKA PRIZE

Helena Modjeska Prize for the Most Eminent Polish Actor was created in 2010, to honor the Modjeska Club patron, Polish actress Helena Modrzejewska / Modjeska (1840-1909) who starred in theater in Poland, toured Europe and settled in California, while performing in over 4,500. The recipients of the Modjeska Prize include Jan Nowicki, Anna Dymna, Barbara Krafftówna, Jadwiga Barańska, and Andrzej Seweryn. The Modjeska Prize was awarded to Jan Englert in 2021 and presented virtually on the occasion of the Modjeska Club’s 50th anniversary in October 2021, while actress Beata Poźniak received her award in person.

Below you will find the biographical information about the performers and the poet. For more information, please visit the Modjeska Club website at Modjeska.org in English or Modrzejewska.org in Polish.  Email inquiries: Prezes@modjeska.org, Dr. Maja Trochimczyk, President, Helena Modjeska Art and Culture Club, tel. 818 384 8944. 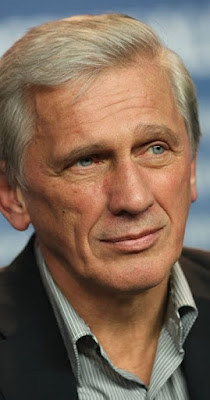 JAN ENGLERT
Jan Englert (born in 1943 in Warsaw) is a Polish theater and film actor, theater director, professor of theater arts, and since 2003 the artistic director of the National Theater in Warsaw. He made his debut on the big screen as Zefir in Andrzej Wajda's film Kanał about the Warsaw Uprising (1956). In 1964, Englert graduated from the Acting Department of the Aleksander Zelwerowicz State Higher School of Theater in Warsaw and started working for the following theaters: Polski (1964–1969, 1981–1994), Współczesny (1969–1981), and Narodowy (since 1997). He remained in the National Theater and has served as its artistic director for 18 years. Englert collaborated with the most outstanding theater directors, appearing in important roles in plays by Shakespeare, Mickiewicz, Wyspiański, Gombrowicz, Ionesco, and Mrożek. As a theater director he staged plays by Mickiewicz, Słowacki, Fredro, Chekhov, Turgenev and Witkacy.
We could watch him on the screen in the films of Andrzej Wajda (Kanał, Katyń, Tatarak), Kazimierz Kutz (Salt of the Black Earth, Pearl in the Crown), Janusz Zaorski (Baryton), Filip Bajon (The Magnate), as well as in the TV series by Janusz Morgenstern (Kolumbowie, Polskie drogi), Jerzy Antczak (Nights and Days), and Ryszard Ber (The Doll). In total, he has appeared in over 100 films, and many television plays and TV series.  For 12 years he served as President of the Theater Academy in Warsaw. 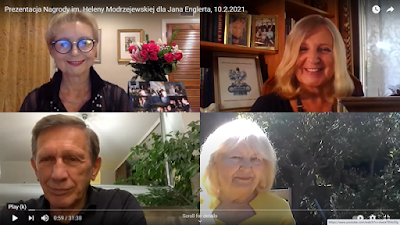 He received numerous honors and awards, including the Knight's Cross and the Commander's Cross of the Order of Polonia Restituta (1988, 2001), the Gold Cross of Merit (1997), the Gold Medal "Gloria Artis" (2005), and awards named after Aleksander Zelwerowicz (1993/1994), Tadeusz Boy-Żeleński (2008), and Cyprian Kamil Norwid (2012). He also received the Gustaw Award (2014), the Icon of Polish Cinema title (2018) and the Golden Hipolit Prize (2019). He received a Honorary Doctorate from the Film and Theater Academy in Sofia, Bulgaria. We are adding to this wonderful set by bestowing on Jan Englert the Modjeska Prize for 2021, as a lifetime achievement award for his work as an actor.

Englert performed for the Club in 1994, 1996, 1998, 2000, and 2009.  He shared with the Club's members and guests the wonders of Polish romantic poetry, Kwiaty Polskie by Julian Tuwim, Dziady (The Forefathers' Eve) by Adam Mickiewicz, a play about Saint Nicholas, and other theatrical performances. 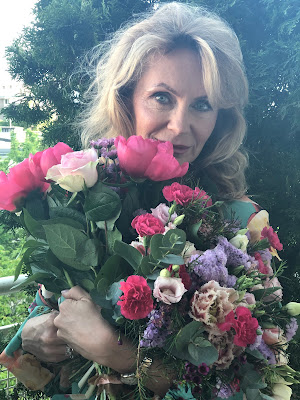 BEATA SCIBAKÓWNA
Born in Zamosc, Ms. Scibakowna graduated from the State Higher School of Theater in Warsaw in 1992. Her stage debut took place in 1990, when she performed the role of Zosia in Adam Mickiewicz’s Pan Tadeusz, directed by Jan Englert. In the years 1992-1997 she was an actress in the ensemble of the Teatr Powszechny in Warsaw and since 1997, she has worked as an actress for the National Theater (Teatr Narodowy). She also collaborated with such theaters as Komedia, Bajka, Polonia and  Syrena.  Her role of Klara in the play by Aleksander Fredro Śluby panieńskie directed by Andrzej Łapicki was honored at the Theater Festival in Opole (Opolskie Konfrontacje Teatralne „Klasyka Polska” in 1995.
In 1992, she debuted on  the big screen in Robert Gliński's psychological drama. She appeared in over 40 films and TV series.  Her most notable roles included  Jan Łomnicki’s Wielka wsypa (1992) and psychological drama by Krystyna Janda, Pestka (1995). She appeared in the role of a journalist in Jacek Bromski's comedy Children and Fish (1997), and in Jerzy Gruza's series Czterdziestolatek. 20 years later (1993) as a nurse. She played in the telenovela by Polsat, Samo Życie, the TVP2 series Na dobre i na zle, in the TVN series Media Diagnosis  and the Polsat TV series Skazane (2016).  Often, she also played negative characters, including the TVP2 Radio Romans series and the series Life Line. She starred in the sensational drama by Ryszard Bugajski, The Closed System (2013), opposite Janusz Gajos and Kazimierz Kaczor. She is also the producer of  theatrical performances; two of them, One in 2008 and Intryga in 2016 were presented in the U.S. and Canada.
In 2005 she received Silver Cross of Merit for her achievements as an actress and in 2017 she was honored with the Gold Cross of Merit. In 2016 her role of Elwira in the play Mąż i żona was honored with the prize for the best female actress at the 16th Festival of Polish Radio Theater and TV Theater, “Two Theaters.” 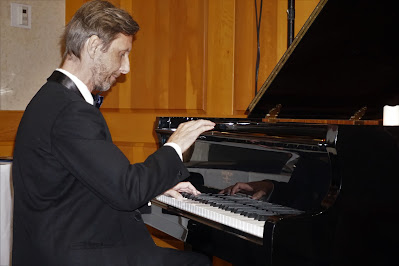 He has recorded for television, radio and film and his performances were broadcast in Europe, United States and Australia.  His solo and chamber music recordings can also be found on DUX, Naxos and Spotify. His latest CD, of works of Robert Schumann, was released by DUX in 2012.  He is a professor of piano performance at Loyola Marymount University and artistic director of the Paderewski Society that organizes American Paderewski Competitions held in Los Angeles every two years. A member of the Modjeska Club since 2018, Prof. Kocyan gives concerts for the Club or host musical evenings at his home. 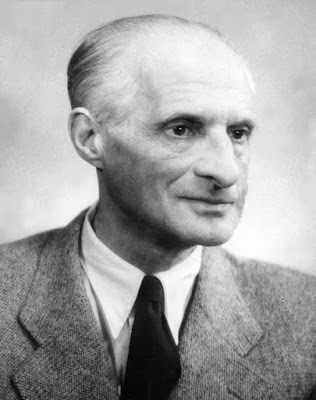 Julian Tuwim (13 September 1894 – 27 December 1953), known also under the pseudonym "Oldlen" as a song writer, was a Polish poet, born in Łódź, then part of the Russian Partition. He was educated in Łódź and in Warsaw where he studied law and philosophy at Warsaw University. After Poland's regained independence in 1918, Tuwim co-founded the Skamander group of experimental poets with Antoni Słonimski and Jarosław Iwaszkiewicz. He was a major figure in Polish literature, admired also for his contribution to children's literature. He was a recipient of the prestigious Golden Laurel of the Polish Academy of Literature in 1935.

His collections Czyhanie na Boga ("In Lurking for God"; 1918), Sokrates tańczący ("Dancing Socrates"; 1920), Siódma jesień ("Seventh Autumn"; 1922), and Wierszy tom czwarty ("Poems, Volume Four"; 1923) are typical of his early work. In his later volumes of poetry – Słowa we krwi ("Words in the Blood"; 1926), Rzecz Czarnoleska ("The Czarnolas Matter"; 1929), Biblia cygańska ("The Gypsy Bible"; 1933) and Treść gorejąca ("A Burning Matter"; 1933) – Tuwim became restless and bitter; he wrote with  vehemence about the emptiness of urban existence. He also drew more heavily from the romantic and classicist traditions, while perfecting his form and style, and becoming a virtuoso wordsmith. To this day, he is regarded as one of the greatest masters of the Polish language.

From the very beginning and throughout his artistic career, Tuwim was satirically inclined. He supplied sketches and monologues to numerous cabarets. His burlesque Bal w Operze ("The Ball at the Opera"; 1936) is regarded as his best satirical poem. In 1918 Tuwim co-founded the cabaret Picador and worked as a writer or artistic director with many other cabarets, such as Czarny Kot /Black Cat (1917–1919), Quid pro Quo (1919–1932), and Cyrulik Warszawski / Warsaw Doctor (1935–1939).

In 1939, at the beginning of World War II and the German occupation of Poland, Tuwim emigrated through Romania first to France, and after France's capitulation, to Brazil, by way of Portugal, and finally to the US, where he settled in 1942 to 1946. In 1939–1941, he collaborated with the émigré weekly Wiadomości Polskie. In 1942–1946, he worked with the monthly Nowa Polska published in London, and with Polish-American newspapers. During this time he wrote Kwiaty Polskie (Polish Flowers), an epic poem in which he remembered with nostalgia his early childhood in Łódź, protested the poverty of its inhabitants, lamented the tragedies of the war, praised the resilience of the nation, and expressed hope for a better future. In April 1944, Tuwim published a manifesto, entitled My, Żydzi Polscy (We, Polish Jews).  returned to Poland after the war in 1946 but did not publish much in Stalinist Poland, except for reprints of his classic children’s verse, beloved until today, for example Lokomotywa (The Locomotive; 1938), translated into many languages. He also worked as a journalist and wrote well-regarded translations of Pushkin and other Russian poets. He died in 1953 at the age of 59 in Zakopane. 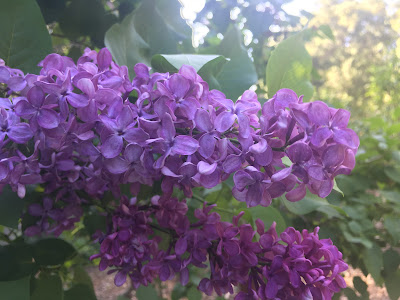 Posted by Maja Trochimczyk at 5:32 PM