"Who Was Helena Modjeska?" Asks Maja Trochimczyk at Laguna Art Museum on 28 March 2019 at 6 pm 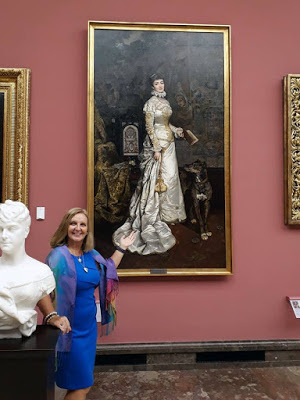 ... A short answer to the question "Who Was Helena Modjeska?" is that Helena Modjeska was Helena Modrzejewska,  a Shakespearean actress born in Krakow, Poland, on October 12, 1840 (as Jadwiga Benda, baptized as Jadwiga Helena Opid); who emigrated to California in 1876, settled on an estate in Santiago Canyon, Orange County (that she called Arden) and died in Newport Beach, California, on April 8, 1909 after an illustrious acting career spanning two continents and consisting of over 4,000 performances. 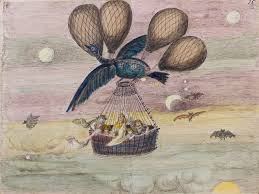 For a longer answer, illustrated with 80 slides of her photographs, costumes, letters, memorabilia, and gardens at Arden, please attend a lecture by Modjeska Club President, Dr. Maja Trochimczyk entitled "Who was Helena Modjeska?" This lecture, held at Laguna Art Museum, on Thursday, March 28, 2019 (https://lagunaartmuseum.org/events/who-was-helena-modjeska/) accompanies a unique exhibition of Modjeska's 1896 tale written and illustrated for her grandson Felix Modjeski (son of Ralph Modjeski the famous engineer). 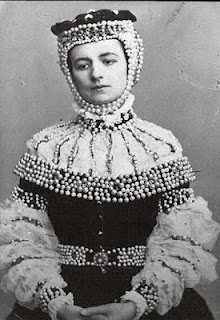 As it turns out Modjeska was not only actress, writer, illustrator, but also theater director, producer, costume designer, costume maker, star-maker (Ignacy Jan Paderewski, Wladyslaw Benda), artist and artists' muse (writer Henryk Sienkiewicz, painters, poets Richard Watson Gilder and John Steven McGroarty), interior designer, icon of style, businesswoman, and marketer. Then, she also was farmer, landowner, gardener and the boss of one of the most famous gardeners of the 29th century, Theodore Payne (of Theodore Payne Foundation for Wild Flowers and Native Plants), and even a rosarian! Of course, she was a devoted daughter, sister, mother, favorite great aunt and grandma... and a legend during her lifetime and after her death... A lot of roles for 68 years of life! 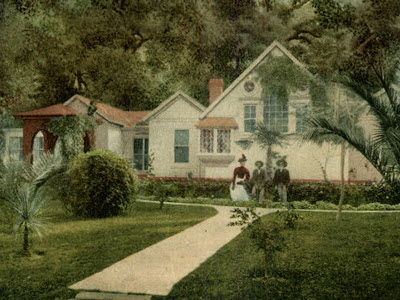 Arden during Modjeska's lifetime and in 2011. 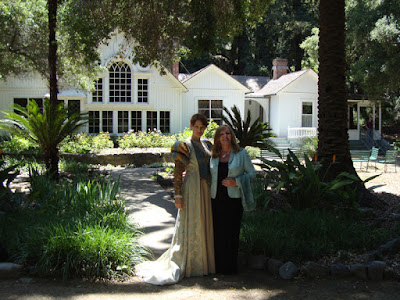 At the end, a brief history of the purchase and renovation of the estate by Orange County will be outlined by Eric Jessen, retired Chief, Orange County Harbors, Beaches & Regional Parks who personally negotiated the acquisition of the Modjeska Home & Gardens from the Walker family of Farmers & Merchants Bank.

The Lecture will take place on Thursday, 28 March 2019 at 6 pm. at Laguna Art Museum, 307 Cliff Dr, Laguna Beach, CA 92651; tel. (949) 494-8971. Attendance at this lecture is free with museum admission of $7. Please contact the Museum directly for tickets. There is no Club RSVP this time.
https://lagunaartmuseum.org/events/who-was-helena-modjeska/ 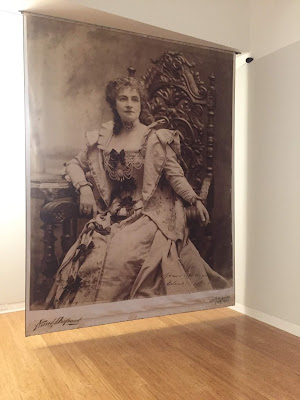 Here are four sisters known to mortals well,
Whose names are Joy and Sorrow, Death, and Love:
This last it was who did my footsteps move
To where the other deep-eyed sisters dwell.
To-night, or ere yon painted curtain fell,
These, one by one, before my eyes did rove
Through the brave mimic world that Shakspere wove.
Lady! thy art, thy passion were the spell
That held me, and still holds; for thou dost show,
With those most high each in his sovereign art,--
Shakspere supreme, Beethoven and Angelo,--
Great art and passion are one. Thine too the part
To prove that still for him the laurels grow
Who reaches through the mind to pluck the heart.

Gilder was an American writer and editor of The Century Magazine, and Member of American Academy of Arts and Letters. He published many volumes of poetry including "How Paderewski Plays..."  Modjeska introduced Paderewski to Gilder, thus starting another helpful artistic friendship. 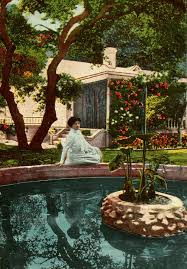 Another notable American poet wrote an eulogy for her funeral, published in Los Angeles in 1909.

The curtain falls, and hushed the sighing
Of violet strings; the crowds depart.
The Queen is dead, her white hands lying
At peace upon her quiet heart.

She hears no more the shout and clamor
Of mimic armies, hurrying fast
To shield her throne in war's wild glamor;
Their swords are rust, their splendor past.

The play is done, told is the story
Of life and strife, or love and trust.
Scattered the hosts, and gone their glory,
Their trumpets still, their banners dust.

She was the Queen, that laughed at danger.
Who, far from the native hills had flown
To bind the heart-stings of the stranger
In alien lands, around her own.

Bright was the throne her feet ascended -
Her soul was fair, and fair her face;
Nor yet, though now her reign be ended
Another comes to take her place.

No more the salvos madly leaping
To greet her ears in triumphs wan-
The Queen, her last long sleep is sleeping:
The lights are out, the plays is done.


More information on the page "Helena Modjeska" on this blog, and on Chopin with Cherries blog:

https://chopinwithcherries.blogspot.com/2019/03/who-was-helena-modjeska-lecture-at.html
Posted by Maja Trochimczyk at 4:54 PM No comments: