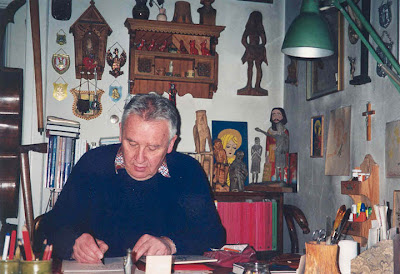 The Modjeska Club is pleased to support a celebration of the music of Henryk Mikolaj Gorecki who died last November at the age of 78. The concert, entitled "Songs of Stones - The Music of Henryk Gorecki" is organized by Jacaranda: Music on the Edge and will take place at the First Presbyterian Church in Santa Monica, on Saturday, November 19, 2011 at 8 p.m. The event's sponsors include, besides the Modjeska Club, the Consulate General of the Republic of Poland that is celebrating Poland's Presidency of the European Union (June to December 2011). The concert will be followed by a dessert reception sponsored by the Modjeska Club. A TV crew from Poland working on a documentary about Henryk Gorecki will be on hand and will film interviews with the musicians and organizers of this wonderful celebration. Modjeska Club members who RSVP by November 12, will be able to purchase tickets at a group rate with a discount. Songs of Stones: Music of Henryk Gorecki Tribute to Poland's Henryk Gorecki one year after his death Saturday, November 19, 2011 at 8:00 PM First Presbyterian Church, Santa Monica 1220 Second Street, Santa Monica, CA 90401 Phone: (213) 483-0216 Website: www.jacarandamusic.org E-Mail: info@jacarandamusic.org November 19, 8:00 pm or November 20, 6:00 pm Henryk Gorecki (on the first anniversary of his death) Four Preludes Op. 1 (1955) Quartet No. 2 "Quasi una Fantasia," Op. 64 (1991) Quartet No. 1 "Already it is Dusk," Op.62 (1988) Kleines Requiem für eine Polka Op. 66 (Little Requiem for a Polka, 1993) Performers: Mark Robson, piano; Calder Quartet, Lyris Quartet, Jacaranda Chamber Orchestra, Mark Alan Hilt, conductor Program note by Patrick Scott, Artistic Director of Jacaranda: "In the annals of popular culture, Gorecki's Symphony of Sorrowful Songs is the unprecedented chart-busting Classical crossover hit of all time. Yet, the Polish composer was exceedingly private. Each work distils his personal intensity without losing the tragic longing and wry humor evident in the films, theatre and literature — in the national character of Poland. One year after his death, this evocative program brings together early piano music with two strikingly different string quartets. The first is a one-movement tone poem, the second a four-part journey. A unique instrumental requiem closes the celebration with the haunted serenity that is Gorecki's trademark, as well as brash drama, a sense of absurdity and his fervent spirit of consolation." 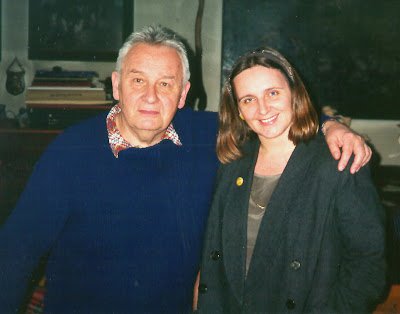 Gorecki's notable visit to Los Angeles took place in 1997 when he conducted his Third Symphony and participated in other lectures at concerts at Polish Music Center at USC. The materials from this event, including his lectures, interviews, papers presented at a symposium, his conversations with students, fragments of concert reviews, and the event's program are posted in the Polish Music Journal, vol. 6 no. 2 (2003). 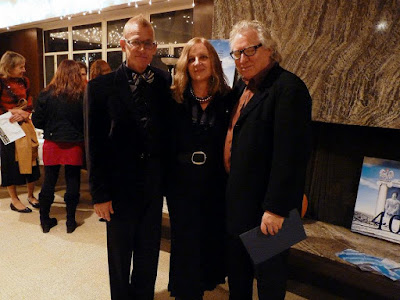 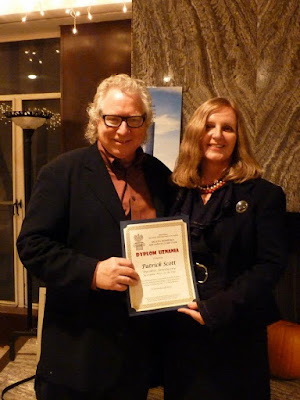 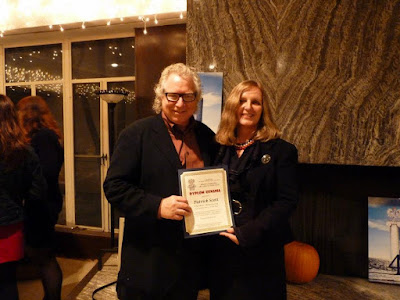 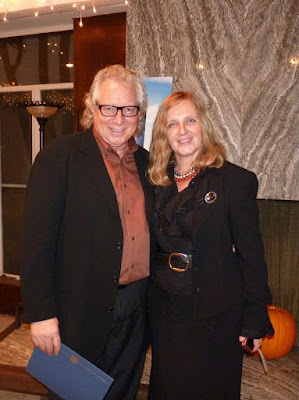 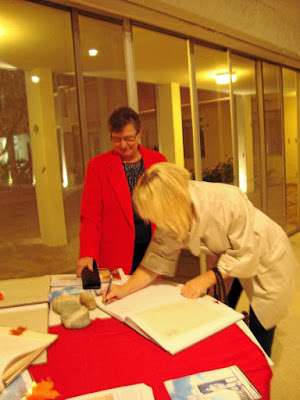 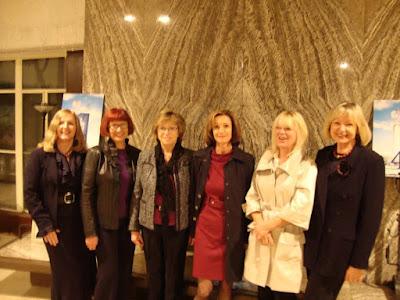 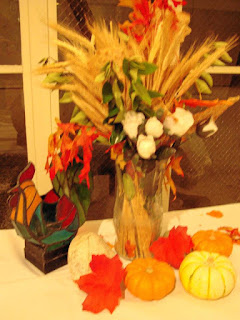 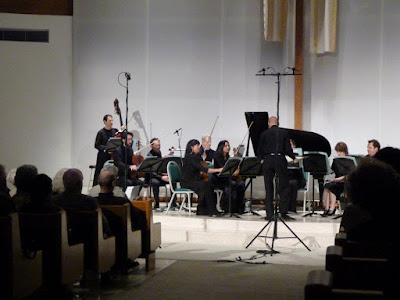 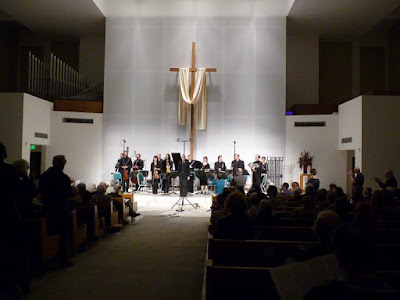 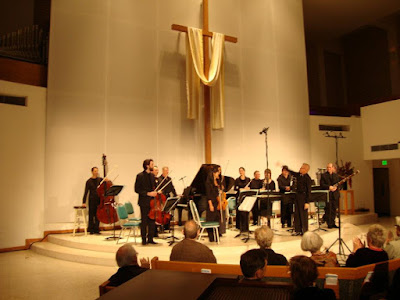 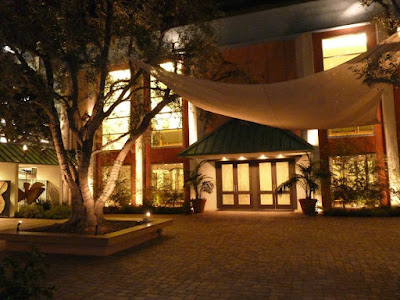 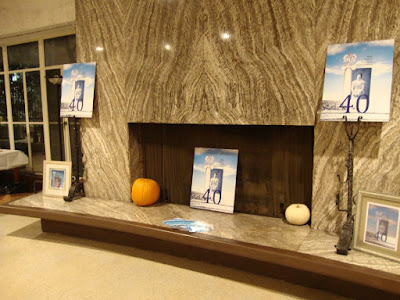 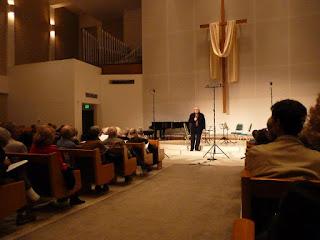 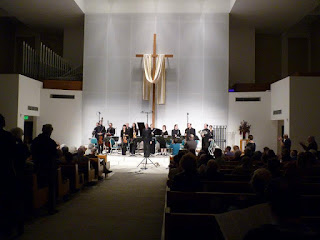 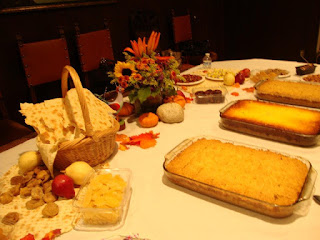 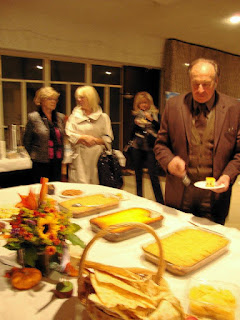 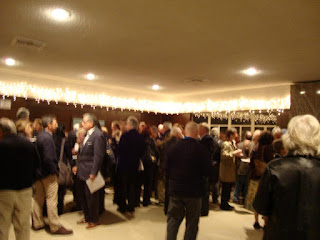 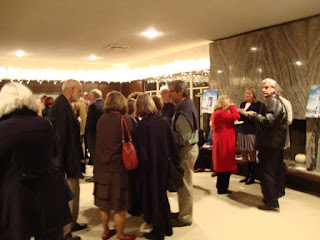 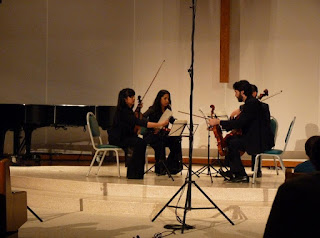 Posted by Maja Trochimczyk at 9:18 PM No comments: 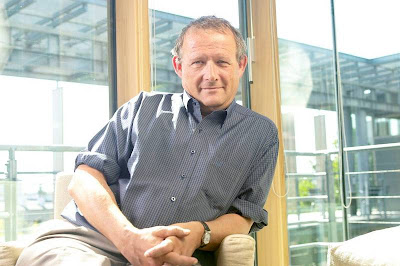 The next event of the Modjeska Club's 40th anniversary season will feature a conversation with Adam Michnik, the Editor-in-Chief of "Gazeta Wyborcza" and a historian, essayist, and a former Solidarity activist, who made a major contribution to the change of Poland's political system and the overturning of the communist rule. The conversation will be conducted by Prof. Bogdan Oppenheim, from Loyola Marymount University.

"Rozmowa z Adamem Michnikiem" will take place at the Ruskin Art Club, 800 S. Plymouth Blvd., Los Angeles, CA 90005, at 7:30 p.m. and will be followed by coffee and desserts. We will also present another series of awards for the Modjeska Club and its volunteers. The event is free and open to the public.


Adam Michnik is a historian, essayist, political commentator, and a former Solidarity activist, co-founder of KOR (Committee of the Defense of Workers) in the 1970s, participant in the Round Table negotiations in 1989, and member of Parliament in 1989-1991. As one of the leading organizers of the opposition movement in Poland, he was repeatedly arrested and imprisoned by the authorities, spending a total of six years in prison. Born in 1946 in Warsaw, he studied history at the University of Warsaw (since 1964) where he met fellow opposition leaders, Jacek Kuron and Karol Modzelewski. He was expelled from the University for his dissident activities in 1968 and worked as a welder, while writing under a series of pseudonyms.

In 1977-1989 he was among publishers of underground publications "Samizdat" and in 1980-1989 he served as an advisor to the Solidarity movement. He was interned in 1981 when the martial law was declared by the government against the nation, and imprisoned until 1984 without a verdict. After the change of the government in 1989, he transformed the Solidarity's daily "Gazeta Wyborcza" into the first free newspaper in the country.

SONGS OF STONES - THE MUSIC OF HENRYK MIKOLAJ GORECKI

On November 19, 2011, the Modjeska Club will be one of the co-sponsors of the Songs of Stones concert presenting the music of Henryk Gorecki, including two string quartets and Kleines Requiem fur Eine Polka. The concert is organized by Jacaranda: Music on the Edge and will be held at the First Presbyterian Church in Santa Monica, at 8 p.m. Small dessert reception will follow. The concert will also be sponsored by the Polish Consulate and is a tribute to a great composer who died last year. 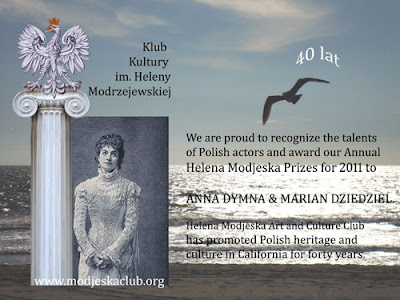 During the Awards Night on Saturday, October 15, the Modjeska Club, its representatives and awardees received official recognitions from the City and the County of Los Angeles, presented by John Henning, from the office of County Supervisor Michael Antonovich: 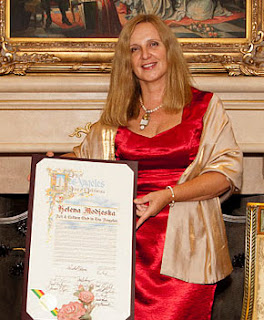 After the Award Presentation by John Henning, Maja Trochimczyk presented Diplomas of Appreciation (Dyplom Uznania) to current and past hosts of Modjeska Club's events, who had allowed the club to use their homes, and organized receptions for the club and its guests: Helena and Stanley Kolodziey, Maria and Edward Pilatowicz, Zofia and Witold Czajkowski and Joanna and Andrzej Maleski. Recognition of our hosts will continue during the next club meeting, including "Dyplom Uznania" for Monique and David Lehman, Halina and Andrzej Jagoda, Elzbieta and Jan Iwanczyk, Dorota and Witold Olszewski, and Jola and Alex Wilk. 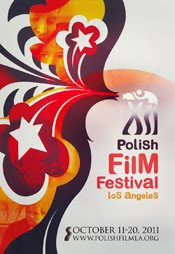 Due to an unexpected change of plans of Marian Dziedziel who will only attend the opening of the Polish Film Festival on October 11, he will receive his Modjeska Prize during the opening ceremonies and not at a Club's event on October 15, 2011. The award will be presented by Vice President Krystyna Kuszta, accompanied by Andrew Z. Dowen, Board member. The President will be in Washington D.C. that day. Our 2011 Modjeska Prize for Anna Dymna will be presented at later date, to be announced.

The new program of our October 15 anniversary celebration will focus on Polish Film Music and will feature four guests: composers Bartek Gliniak and Pawel Mykietyn, and singers/actresses Marta Honzatko and Anna Kostrzewska "Anya" - who will discuss film music and perform for us during the evening. The celebrations will also include other awards for the Modjeska Club. 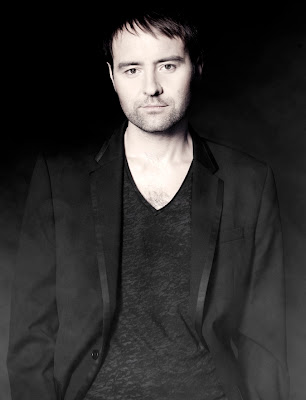 BARTEK GLINIAK is a Polish film composer, a winner of the 22-th International Electroacoustic Music Competition in Bourges, who was three times nominated to “Eagle”–Polish Film Award in the category of best film music (2005 – “My Nikifor”, 2006 – “The Collector”, 2007 – "Palimpsest: A Hypnotic Mystery"). Born in 1973. he is a graduate of the Academy of Music in Krakow. A CD with a premiere performance of the oratorio „Seven Songs of Mary” with the libretto by Zbigniew Książek released in 2007 became a Double Platinum Album. His style is characterized by powerful expression, catchy melodies, diversified orchestration and a rich sound world, both acoustic and electronic. He creates simple, melodious motives („My Nikifor”), sparkling in colorful symphonic settings (“Teah”) as well as dark and full of expression symphonic palette with the touch of electronic sounds (“Palimpsest”). In 1994 he debuted at the International Festival of Contemporary Music “Warsaw Autumn.”

He is an author of soundtracks to over 20 films, among others: “My Nikifor” directed by Krzysztof Krauze, “Palimpsest: A Hypnotic Mystery” directed by Konrad Niewolski , “The Sand is a predator” by Krystian Matysek, as well as “Joanna”, „Case Unknown” and „The Collector” by Feliks Falk. He is an author of the music to one of the most popular Polish TV series “For good and for bad” (“Na dobre i na zle”).
The compositions of Bartek Gliniak have been performed at such festivals as: the International Festival of Contemporary Music “Warsaw Autumn”, Tage für Neue Musik in Zurich, Cracow Composers Festival, Synthèse Festival in Bourges, The International Rostrum of Composers (IRC), the 3rd International Contemporary Music Festival - Lviv (Ukraine). Since 1995 he has been cooperating with the Polish Radio Theatre and since 2006 he has been a member of European Film Academy (EFA). 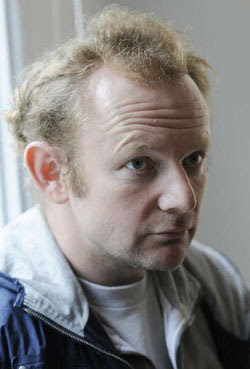 PAWEL MYKIETYN, born in 1971, is a Polish composer and clarinetist, who studied composition at Frederic Chopin Music Academy in Warsaw in the class of Włodzimierz Kotoński. He participated in workshops with Krzysztof Penderecki, Witold Lutosławski, Henryk Mikołaj Górecki, Michael Nyman, Magnus Lindberg, and Louis Andriessen. In 1993, Mykietyn debuted at the Warsaw Atumn Festival with La Strada. His composition „3 for 13” was awarded first place at the UNESCO International Composers Tribune in Paris.

His works include: At Radek's (1993); Epiphora (1996), Piano Concerto (1997), Shakespeare's Sonnets (2000), the opera Ignorant i szaleniec / An Ignoramus and a Madman (2001) and the Second Symphony (2007). Epiphora received the first prize in the young composers' category at the UNESCO 4th International Rostrum of Electro-acoustic Music in Amsterdam, His successes continued, and in 2008 he was awarded Poland's top arts prize, the OPUS Award. Mykietyn plays the clarinet in the Nonstrom Ensemble, a quartet he founded which specializes in contemporary music. In 2000, he wrote music for his first feature, EGOISTS by Mariusz Trelinski. He was awarded Best Music Award at Gdynia Polish Film Festival for STRANGER, 33 SCENES FROM LIFE, TRICK and ESSENTIAL KILLING. He is the winner of the 2011 Hollywood Eagle Award for Best Film Music. 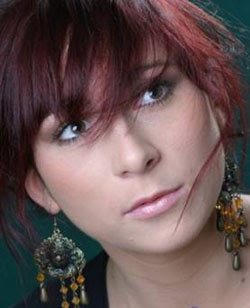 MARTA HONZATKO is a Polish film and theater actress, a graduate of the Ludwik Solski State Higher School of Theater in Krakow (2006). Marta played the leading role in the major motion picture BLACK THURSDAY by Antoni Krauze, and was announced to be the Best Newcoming Actress in Poland for her part. She also has recently recorded her first CD and is the lead singer in the band "Honzatko Rozmontowana," with songs written by Michal Zablocki; lyrics and music by Al*eksander Brzezinski. She currently performs in the theater and you can see her on stage in the play "Casting", directed by Ewa Kornecka, premiering last August. She has also recently performed in a film titled HENIEK which was directed by Eliza Kowalewska and Grzegorz Madej. Marta is a dynamic and talented rising Polish actress and vocalist. 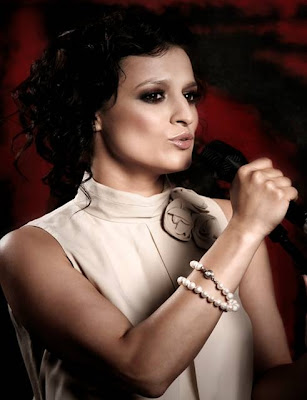 ANNA KOSTRZEWSKA or ANYA is a graduate of the University of Warsaw, with a focus on Oriental Studies – African studies. A vocalist, songwriter and producer, Anna is the granddaughter of Herbert Karwacki, a talented Bydgoszcz Opera and Operetta soloist. She has been tutored for many years by the brilliant voice instructor, Ewa Kossak. She participated in many jazz workshops, including those with Lora Szafran, Grażyna Auguścik, Dave Stroud, Wandy Paar, Dean Kaelin, and Rocio Gutitard. In 2004 with Kamil Kucharczyk she co-founded the ensemble Carnival that performed in a number of Warsaw locations. In 2006 at the „Tokarnia” recording studio she recorded Bossa Nova and jazz standards, which were presented by Radio Jazz and PiN. In 2008-2009 she worked on her debut CD Anya, for which she wrote and performed the majority of texts/ She also produced the entire CD, premiered in May 2009.

Posted by Maja Trochimczyk at 6:16 PM No comments: