September 11 at 2 p.m. - "Tour de Polonia" Project of the Polish Museum of Emigration 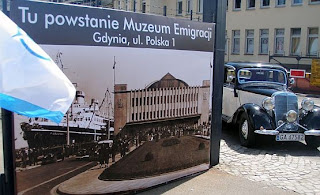 In 2011, the Modjeska Club celebrates its 40th anniversary. The fall season is filled with events, starting from September 11, 2011.

Our first meeting is dedicated to a project of a new Polish Museum of Emigration in Gdynia, Tour de Polonia – The World Through Polish Eyes. The Museum will be represented by the project’s authors, Edi & Asia Pyrek – explorers and artists, as well as collaborators of the National Geografic. The meeting will take place in the welcoming home of Kinga Rymsza-Sarabia and Sonny Sarabia in Orange County, starting at 2 p.m., on Sunday, 11 September 2011. The program will include a presentation about the newly created Polish Museum of Emigration in Gdynia as well as conversations with members of our club, accompanied by a donation drive for the Museum’s holdings. Please do not forget to bring your gifts and memorabilia you would like to share with the Museum, as well as beverages and refreshments for our buffet. This event is free to all guests. There will be free parking on nearby streets. 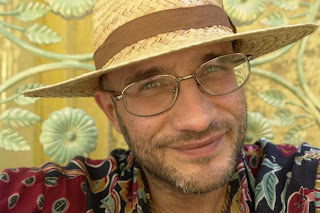 Tour de Polonia – The World Through Polish Eyes is a project of the new Polish Museum of Emigration which will open in Gdynia at the turn of 2011/2012. The patronage over this project is extended by the National Geographic, Polska Telewizja (TVP) and TV Polonia. The idea of „Tour de Polonia” is to show Poles through the prism of the country in which they have decided to live.

Edi Pyrek is an explorer, writer (author of 7 travel books) and staff collaborator of the National Geographic. As a journalist, he authored travel series for TVP, Świat Podróży wg Ediego and Ziema Nieznana and for the Discovery Channel, Święte Miejsca. He also created documenteries for TVP. As a political advisor he worked on election campaigns and image management. He has lectured at colleges about location marketing and worked as a consultant on location branding. For the "Tour de Polonia" project he will gather materials for books/articles and conduct interviews with emigrants. 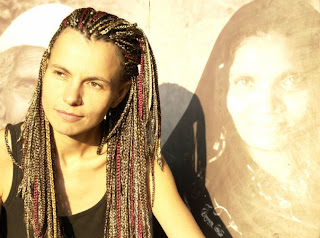 Asia Pyrek is an explorer, photographer, and a collaborator of National Geographic. She won the first prize in the original Polish photo competition of the National Geographic. She also co-authored three travel books, including a Travel Encyclopedia. As a cinematographer, she worked for the Discovery Channel; she also worked as an editor, film composer, and a singer. As a collaborator of the Polish Museum of Emigration, she will create the audiovisual documentation for the project. 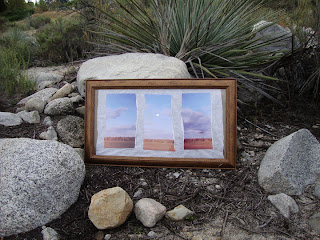 In celebration of the theme of emigration, I thought it worthwhile to reprint here my poem "An Ode of the Lost" that was published in 2010 in an online Polonian journal, The Cosmopolitan Review. At that time the poem was accompanied by my multi-layered photo - a collage of a photo of Polish fields taken from a train, placed in the chaparral, by Mojave Yucca and desert rocks of California.

Are not all journeys one way? Forward,
forward, go on, “call that going, call that on.”
The speed of light, merciless angel with a flaming sword,
moves the arrow forward. Seconds, minutes
stretch into years. Onwards. Go.
The time-space cone limits the realm of possibility.
If you stay, you can go on. If you leave—

Can you find blessing in the blur of a moment?
In a glimpse of soft, grassy slopes shining
like burnished gold before the sun turns purple?
Can you learn to love the sweet-fluted songs
of the mockingbird, forget the nightingale?

How far is too far for the lost country
to become but a dream of ancient kings—
where children never cry, wildflowers bloom,
and autumn flutter of brown, drying leaves
whispers of the comforts of winter?
Sleep, sleep, eternal sleep,
in the spring you will awaken…

Note: Quotation from Adam Mickiewicz’s Invocation to Pan Tadeusz, or the Last Foray in Lithuania (“My country! You are as good health: /How much one should prize you, he only can tell who has /lost you”), and from Samuel Beckett’s The Unnameable. 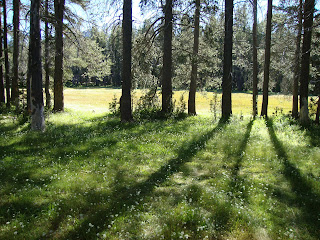 In 2011 we will celebrate the 40th anniversary of the Club and we plan the following events:
Posted by Maja Trochimczyk at 10:37 PM No comments: 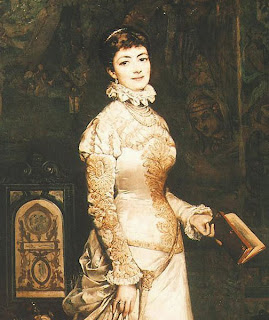 It is the middle of the summer and it is time to look back at our activities in the 2010-2011 season. We had a very busy and exciting year, with 15 events, ranging from concerts, to lectures, to film screenings, to poetry readings, and meetings with politicians and scientists. The documentation of our events is on the Modjeska Club Website, with links to event programs, announcements, photo albums and reviews.

After working on the publicity for our events and operations, I realized that the largest gap in our public presence is that of Helena Modjeska herself - our website did not include any information about her. I decided to not write a new entry, but rather use existing material. Therefore, I requested a right to reprint the entry on Modjeska from The Polish American Encyclopedia, edited by James Pula for McFarland Publishing and published in 2011. The entry was written by Krystyna Cap and provides a basic introduction to the life and legacy of Modjeska, including a limited list of references. I added some illustrations, and voila - here's our patron, Helena Modjeska. I am often asked if I am Helena, so I'm happy to be able to put that rumor to rest. No, I was not born in 1840!

However, I did visit Modjeska's Historic Home with actress Ewa Boryczko who wrote a wonderful play about Modjeska and performs the solo work herself. With Kris Cieply, the founder of Helena Modjeska Society of Orange County and the future Modjeska Museum we were interviewed about Helena Modjeska's presence in California for a Polish TV Polonia broadcast "Polska24", now available on YouTube. Lukasz Sochur previously recorded the Modjeska Prize Ceremony and a brief interview with Jan Nowicki. 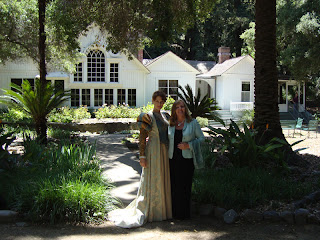