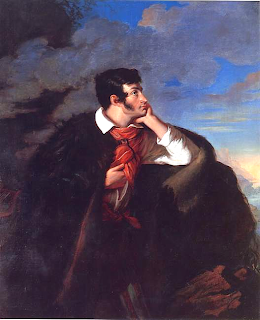 You are cordially invited to a celebration of the poetry of Adam Mickiewicz (1798-1855), one of Europe's foremost romantic poets, with Professors Roman Koropeckyj (UCLA) and Leonard Kress (Owens College), featuring a special guest appearance by eminent actress Beata Pozniak Daniels accompanied by pianist Sue Zhou. The conversations will be in English and the poetry will be presented in both languages at the historical Ruskin Art Club, a 120-year old cultural landmark of Los Angeles (800 South Plymouth Blvd., Los Angeles, CA 90005) at 6: 30 p.m., on Saturday, February 19, 2011. RSVP by 2/16/11 to prezes@modjeska.org; or tel. 818-352-4411 (leave your phone number).

"To a Pole, the name Adam Mickiewicz is emblematic of Polishness and greatness. What Homer is to the Greeks, or Shakespeare to the British, Mickiewicz is to the Poles. He is a cultural icon, a name inextricably connected with Polish literature and history, and one mentioned with pride. Mickiewicz stands out in the consciousness of Poles both as a man of letters and a political leader." Scholar Regina Grol thus started her popular essay summarizing Mickiewicz's contribution to European history and culture. She points out controversial and unexamined aspects of Mickiewicz's life and work. Two guests of the Modjeska Club have dedicated years to unraveling these mysteries (Koropeckyj) and making his poetry more accessible to the English-speaking world (Kress). 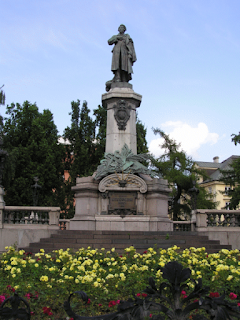 Prof. Leonard Kress studied religion at Temple University, Polish literature and folklore at the Jagiellonian University in Kraków, and creative writing at Columbia University. He currently teaches religion, philosophy, and creative writing at Owens College in Ohio. He has published six collections of poetry, including his translation of Pan Tadeusz (available from HarrowGatePress, www.harrowgatepress.com), most recently The Orpheus Complex and Thirteens.

Prof. Roman Koropeckyj received his BA in Comparative Literature from Columbia University in 1976 and his PhD in Slavic Languages & Literatures from Harvard University in 1990. He is the author of The Poetics of Revitalization: Adam Mickiewicz between ‘Forefathers’ Eve’, part 3 and ‘Pan Tadeusz’ (2001), Adam Mickiewicz: The Life of a Romantic (2008) as well as numerous articles on Polish and Ukrainian literature. He has been a professor of Slavic Languages & Literatures at UCLA since 1992. 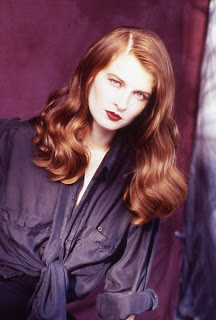 Born in Gdańsk, Poland, Beata Poźniak Daniels is an acclaimed actress, artist, activist and poet. Best known for her role as Marina Oswald in Oliver Stone's JFK, she starred in over 30 film and TV projects internationally, including Babylon 5, Melrose Place, Mad About You, JAG, Złotopolscy and other TV series in the U.S. and Poland. As an activist, she spearheaded passage of the first bill to recognize International Women's Day in the U.S. Her theater company, Theatre Discordia, has presented numerous avant-garde theater projects combining dance, magic, visual projections, and spoken word. For more information, see her website: www.beata.com

The program will include conversations with both scholars about their interest in Mickiewicz and publications about him (in English), followed by a reading of Mickiewicz's poetry in English and Polish. We will re-create a 19th century romantic salon where Adam Mickiewicz recited poetry accompanied on the piano by his future mother-in-law, eminent pianist Maria Szymanowska (1790-1831). Pianist Sue Zhou will be our Szymanowska and will play her Nocturne as well as accompany a unique presentation of a "melodrama" - Mickiewicz's poetry recited to the music of a forgotten composer Marian Signio. Quite appropriately, the poetry is an excerpt from Mickiewicz's epic, Pan Tadeusz, describing a cembalom concert by a Jewish musician, Jankiel, "Koncert nad koncertami."

For the spring season we planned the following events:

Posted by Maja Trochimczyk at 3:42 PM No comments: