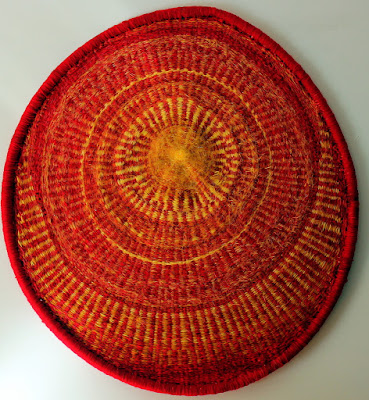 March is the Women's Month and we are celebrating with two wonderful women, a mother artist and her daughter singer, Krystyna and Katarzyna Sadej. Our event will take place on Zoom, virtually, and to request a link email prezes@modjeska.org.  The interview and artistic presentation is scheduled for Saturday, March 27, 2021 at 6 pm.

Video recording of the event: 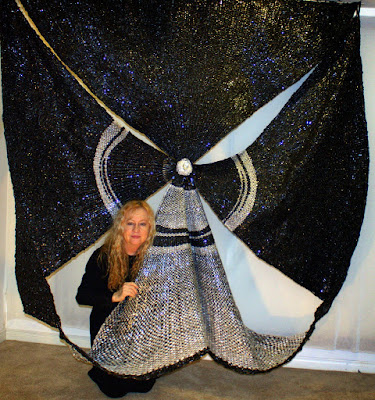 Moment in  Time by Krystyna Sadej, with the author.

Krystyna Sadej from Canada is an accomplished contemporary tapestry artist whose unique experimental work incorporates a dynamic range of textures, designs, colours, and materials. Her use of recycled materials transcends art activism, creating beauty out of environmental waste.  Krystyna’s works of woven art have been exhibited in Asia, Europe, Canada, and the US and her work is found in collections around the world. 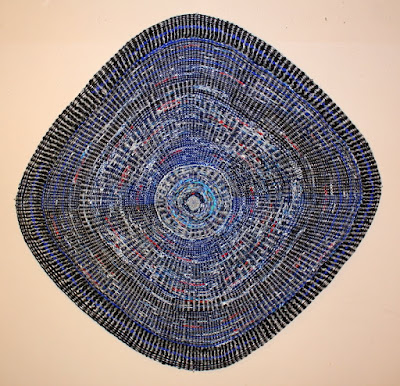 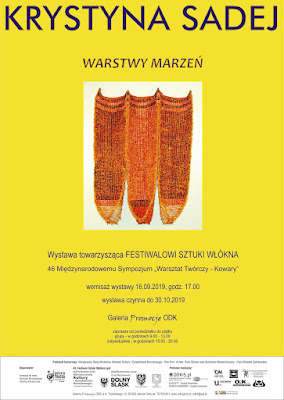 Poster with Layers of Dreams by Krystyna Sadej

Krystyna is the founder of Harmony and Woven Bridges fiber art groups, and she curated many of the shows for them. She is a member of the Canadian Tapestry Network and Canadian Artists' Representation/Le Front des Artistes Canadiens. She holds various private and group workshops at her studio in Navan, Ontario, Canada. 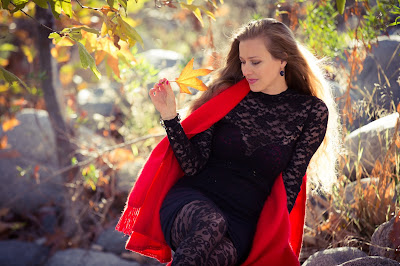 Mezzo-Soprano Katarzyna Sadej was born in Wrocław, Poland. Her international, eclectic career spans concert, opera, chamber music, oratorio, film, recital and voice over performance. Katarzyna has also performed numerous world premieres and has had over a dozen new works composed especially for her. Upcoming and recent highlights include a performance as “Our Lady of the Kitchen” in the 2020 feature film documentary of the same name; the title role of Carmen in Toronto, Canada; her debut with Los Angeles’ Jacaranda concert series as the mezzo-soprano soloist in Veronika Krausas’ Le Theatre du Soleil; a recital tour of Atlantic Canada alongside pianist Daniel Wnukowski; her Chinese debut at Opera Chengdu as Giannetta in Donizetti’s L’Elisir D’Amore; recitals of Schumann’s “Frauenliebe und Leben” and songs of Brahms with Le Salon de Musiques in Los Angeles; and, a release of a recording of all the rare 33 “Derwid” songs by Witold Lutosławski. 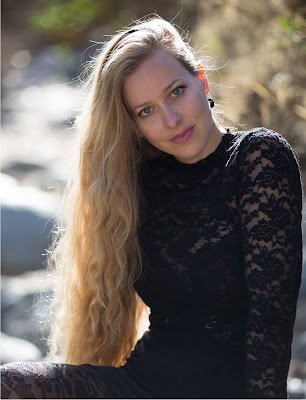 Recent opera performances include her debut with conductor Alexander Shelley as Cherubino in Mozart’s Le Nozze di Figaro, with the National Arts Center Orchestra in Ottawa, Canada; her L.A. Opera debut with conductor James Conlon as the Page of Herodias in Strauss’ Salome, her SOPAC Ottawa debut as Le Prince Charmant in Massenet’s Cendrillon, and the title role of Bizet’s Carmen in the Palm Springs Opera Guild annual gala. In oratorio, she recently made her Walt Disney Concert Hall debut with the Pacific American Chorale, singing the alto solo in Beethoven’s 9th Symphony, and she debuted with the Chicago Philharmonic as the alto soloist in Wojciech Kilar’s Missa Pro Pace. 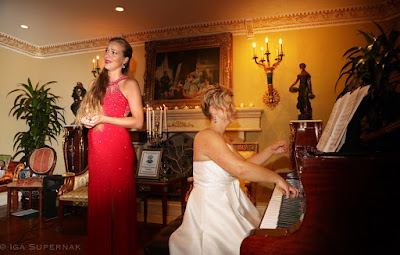 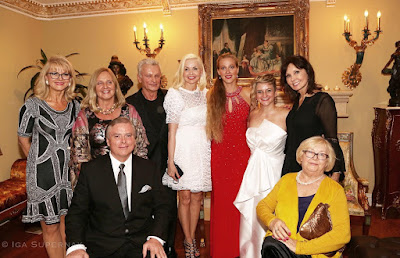 Katarzyna Sadej and Barbara Bochenek with the Board of Modjeska Club and event guests.

Katarzyna previously appeared for the Modjeska Club in a recital of historic Polish songs, celebrating the 100th anniversary of Poland's regained independence, in October 2018 in Beverly Hills. Her voice and musicality astounded the packed audience and we are very pleased to welcome her back.

Posted by Maja Trochimczyk at 1:59 PM No comments: