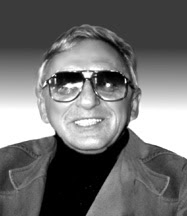 announces, with profound regret and sorrow the passing of

The Memorial Mass and Official Farewell will take place

at the Church of Our Lady of the Bright Mount


Father Julian Głowacki will celebrate the Memorial Mass. Eulogies will be given by former Club's Presidents, Witold Czajkowski, Jolanta Zych and Andrzej Maleski.

Afterwards, a commemoration by friends will take place at Szarotka.

Tadeusz’s favorite refreshments will be served.

OUR LADY OF THE BRIGHT MOUNT CHURCH

Tadeusz Bociański (17 August 1935 – 14 July 2011) served as the President of the Modjeska Club from 1983 to 1989. His activities contributed to elevating the Club to its high social status and to establishing its broad scope of cultural activities. With an extraordinarily limited budget, he was able to bring to California the most distinguished Polish politicians, actors and artists. As the owner of a Cultural Agency PolArt he organized performances by famous Polish theaters and cabarets throughout the entire West Coast and the Southwest. He was also active in other social and cultural organizations. On 17 January 1998, he received the Cavalier Cross of the Order of Merit of the Republic of Poland for his achievements in promoting Polish culture abroad.
Posted by Maja Trochimczyk at 10:27 PM 1 comment: