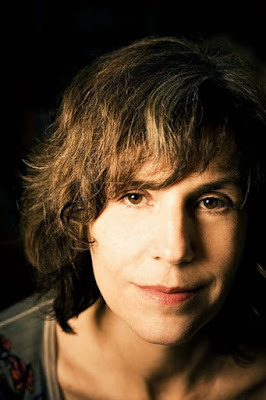 We have the distinct pleasure of inviting contemporary music lovers to an interview with Prof. dr Hanna Kulenty, a world-famous composer, who visited our club in 2017. Prof. Kulenty will deliver this year's Paderewski, combined with a concert of her music on Sunday, October 9 at 7 p.m. during an event organized by the Center of Polish Music of the University of Southern California. Location: Newman Recital Hall, USC Campus. Free entrance. $ 14 parking. from Figueroa St. We encourage all our members and friends to listen to this lecture and concert.

Meeting of Prof. Kulenty with members of our Club will take place on Saturday, October 8, 2022 at 7:30 pm at Róża Kostrzewska Yoder's music studio, Los Angeles, CA 90031. After the concert, a small snack - fruit and desserts. The seating is limited to 30.  RSVP  to prezes@modjeska.org. Free admission for members, $30 per person for guests, via PayPal with the name of the person booking the ticket (we get payments from companies without names, it's very difficult puzzles!) PayPal address: president@modjeska.org.

NOTE: there is a problem with parking, so we ask everyone to park down below, after exiting the freeway and before taking a sharp right turn and entering the winding and steep street Montecito Dr., We will take the listeners up  to the site in groups ... 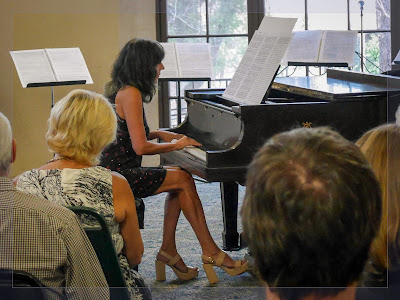 Hanna Kulenty (born 1961) is a brilliant contemporary composer, dividing her time between her native Poland, the Netherlands and France. With pieces commissioned and performed by renowned ensembles and musicians all over Europe, the Kulenty catalog includes both intimate solo explorations of form and great sound triumphs - symphonies and operas. She is a professor at the University of Music in Bydgoszcz. She is also a film composer: in 2014 she wrote the soundtrack to the film "Hiszpanka." In 1980-86 she studied composition with Włodzimierz Kotoński at the Academy of Music in Warsaw, and then - in 1986-88 - composition with Louis Andriessen at the Royal Conservatory of Music in The Hague. For many years, since 1989, she worked as a freelance composer, completing commissions and taking advantage of creative scholarships. In the 2000s, she received her doctorate and is now a professor of composition at the Music University in Bydgoszcz. Her works are published by publishers: Donemus in Amsterdam and PWM in Kraków. Hanna Kulenty has been living in both Warsaw and Arnhem, the Netherlands since 1992.
Courses and lectures: She participated in the International Courses for Young Composers, organized by the Polish Society for Contemporary Music (Polish section ISCM / SIMC) and in the Summer Courses for New Music in Darmstadt. In 1990-91 she stayed in Berlin as a scholarship holder of the Deutscher Akademischer Austauschdienst. She has lectured at composition courses, incl. in Apeldoorn (1995), Radziejowice and Munich (1996), Amsterdam (1997) and in California (1998), during the Other Minds 10 festival in San Francisco (2004), Soundstreams Canada (2005).
In 1999-2000 she was a composer-in-residence in the Netherlands. She lectured as a visiting professor at the Conservatory in Zwolle (2005) and at the Academy of Music in Barcelona (2007). Memberships of the jury include Münchener Biennale (1995), International Gaudeamus Music Week in Amsterdam (2002), International New Chamber Opera Competition "Orpheus-Luciano Berio" in Spoleto (2003-2004), Kazimierz Serocki in Warsaw (2004) and the International Competition of Contemporary Chamber Music in Krakow (2005 and 2007). She teaches composition in Bydgoszcz as Professor of the Music University.
Awards, concerts and festivals: Kulenty has received many awards for her work as a composer, incl. in 1985 - 2nd prize at the European Competition for Young Composers in Amsterdam for the piece Ad unum for orchestra (1985), in 1987 - 2nd prize at the Young Composers Competition of the Polish Composers' Union for the piece Ride for 6 percussionists (1987) and - in the same year - Youth Art Award Stanisław Wyspiański. She is also a four-time winner of the Composers 'Competition of the Warsaw Branch of the Polish Composers' Union: in 1986 she won the 1st prize for Quinto for 2 pianos (1986), in 1987 - 1st prize for Breathe for string orchestra (1987), in 1988 - 3rd prize for Cannon for violin and piano (1988) and in 1989 - second prize for Aaa Tre for viola, cello and double bass (1988). In 1999, she was awarded the title of the Composer of the Year in Gelderland.
In November 2000, the radio station Deutschlandfunk in Cologne organized a monographic concert of the composer, which was registered on a CD. In 2003, during the International Rostrum of Composers, organized annually by the International Music Council at UNESCO, the highest score and the title of a "selected" work was received by her Concerto for trumpet and symphony orchestra (2002); the composition was presented in the recording of the premiere performed by the Dutch soloist Marco Blauuwa with the Polish Radio National Symphony Orchestra under the baton of Belgian conductor Ronald Zollman. In 2015, she received the annual award of the Polish Composers' Union "for outstanding compositional work, strong individual character, combination of musical energy with original formal solutions
Hanna Kulenty's compositions have been performed at festivals around the world, incl. the Huddersfield Festival, Schleswig-Holstein Musik Festival, Münchener Biennale, Warsaw Autumn, "Musica Polonica Nova" Festival in Wrocław. They were performed by symphony orchestras in the Netherlands, Denmark, Poland and Germany, led by conductors such as David Porcelijn, Antoni Wit, Peter Hirsch, Peter Eötvös, Ingo Metzmacher, Renato Rivolta and Ronald Zollman. The soloists of her works were: Isabelle van Keulen, Elżbieta Chojnacka, Krzysztof Bąkowski, Marco Blaauw and Frank Peters. They are also played by the Dutch band De ereprijs, commissioned by the composer to write many pieces. 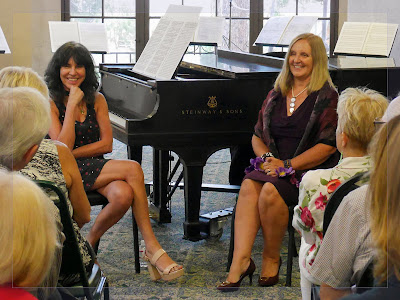 Information about the Paderewski Lecture from the Polish Music Center at USC is below. Our club has been supporting the PMC and its Paderewski Lectures with small donations for many years.
The 2022 Paderewski Lecture-Recital celebrates Hanna Kulenty (b. 1961), a brilliant contemporary composer who divides time between her native Poland, the Netherlands and France. With works commissioned and performed by renowned ensembles and musicians throughout Europe, Kulenty’s catalogue ranges from intimate solo explorations of form to large-scale triumphs of sound. Selected works will be performed at USC’s Newman Recital Hall on October 9 at 7 p.m. by the Thornton School of Music’s finest musicians, alongside a lecture by the composer about her oeuvre. Presented by the USC Polish Music Center, this event will offer a fascinating variety of works from across Kulenty’s compositional career, played by soloists and chamber ensembles.
The 2022 Paderewski Lecture-Recital is generously supported by POLAM Credit Union, the Modjeska Art and Culture Club and the Consulate General of the Republic of Poland in Los Angeles.
SUNDAY, OCTOBER 9 | 7:00 P.M.
2022 Paderewski Lecture-Recital with Hanna Kulenty
Newman Recital Hall at USC: 3616 Trousdale Pkwy, Los Angeles, CA (map)
FREE admission, no RSVP required. Reception to follow concert
For more details, visit: polishmusic.usc.edu/events/2022-pad-lec
UCS CAMPUS map. Campus Parking: $14
Parking Structure X

Posted by Maja Trochimczyk at 4:15 PM No comments: