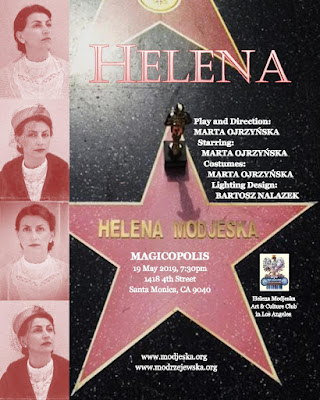 Helena Modjeska Art and Culture Club in Los Angeles is pleased to invite its members and guests to the World Premiere of a new solo play by actress-writer, Marta Ojrzynska, entitled "Helena" and dedicated to our patron, Helena Modjeska.  The premiere will take place at Magicopolis Theater in Santa Monica, CA  (1418 4th St, Santa Monica, CA 90401 ) on Sunday, May 19, 2019 at 7:30 p.m. 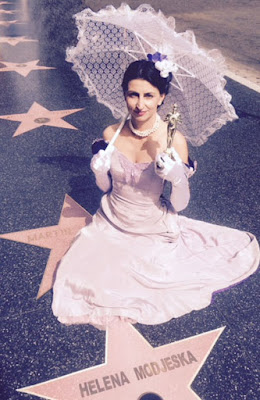 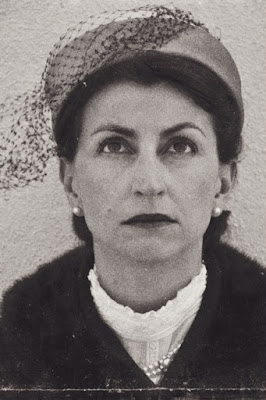 The play HELENA is a story about an outstanding woman, liberated, beautiful, brave, with great ambitions. This artist, who was the first Polish theater star in the nineteenth century, went abroad and achieved a stunning success. It is a story about art, difficult family life, struggle for survival, huge determination, success, love but also great loneliness and longing. Based on information from books: "Truly Beautiful" by Izrael Zurli, Józef Szczublewski's "Żywot Modrzejewskiej" (Warsaw: PIW, 1975) and Beth Holmgren's "Starring Madame Modjeska" (2010), as well as letters by Helena Modjeska (Modrzejewska). 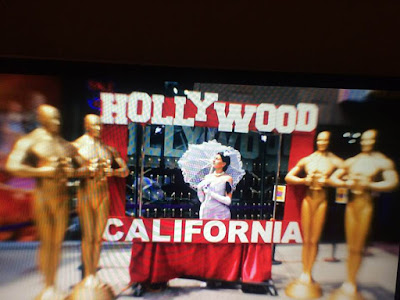 Still from a video by Bartosz Nalazek

As Marta Ojrzynska writes: "I am trying to answer the question of who would such a great actress be today and how where artistic path would lead her in the era of television, film, and social networking. What is the actor's profession and what challenges we face today? Modjeska achieved enormous success in England and America, I look at how we perceive Modjeska in California, and how her history and achievements function in Poland." 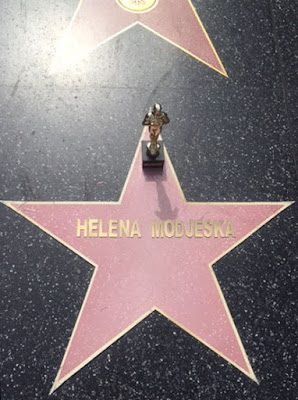 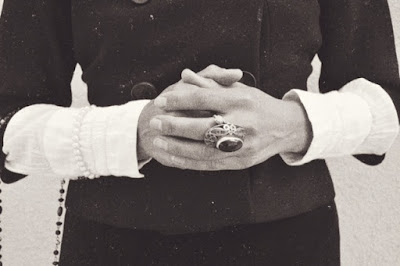 "Until today, no native artist has managed to make such a staggering world career as the actress Helena Modjeska. She was one of the most hardworking stars of the turn of the 19th and 20th centuries. She performed on stage for 46 years, she appeared in over 300 different cities around the world, in total she gave over 6,000 performances, playing over 300 characters."

"There are people who have flowers in their hands and fade from touch, and I belong to them as well.
Every pleasure ceases to be a real pleasure at the moment when I start to taste it.
Every ray of light darkens when I smile to its brightness.
At one point I was living as if only on stage and only there I was really myself.
In my private life I became more tense, I wanted to keep everything under control.
On the stage I felt happiness and freedom." 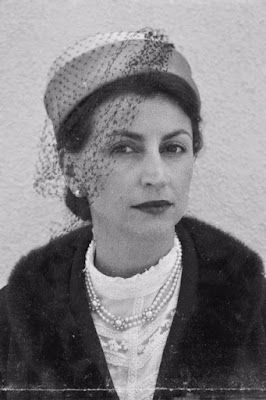 Marta Ojrzynska is a Polish actress working in the field of drama theatre, performance, visual arts and film. She studied at the Polish Drama School in Cracow and The Institut del Theatre in Barcelona. Since 2005, Marta has been performing at the prestigious National Stary Theatre in Cracow and also at The New Theatre of Krzysztof Warlikowski and the Grand Theatre in Warsaw. Her experience involves working with the most popular, avant-garde, theatre directors such as Krystian Lupa (Factory 2), Michal Borczuch ( Lulu, Werter, Apocalypse),Krzysztof Garbaczewski ( Solarize, Poczet Królów Polskich, Kamienne niebo zamiast gwiazd), Monika Strzępka ( Bitwa Warszawska 1920, Nie Boska Komedia) and Lukasz Twarkowski ( Akropolis). Marta collaborated with renown painter and filmmaker Wilhelm Sasnal on his movie ’Swineherd’.She also directed two theatre plays - Molly B. based on Ulisses by James Joyce and Brzeg -Opole for which Marta has won many theatre awards. 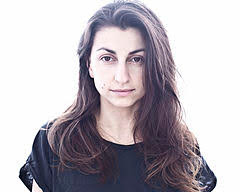 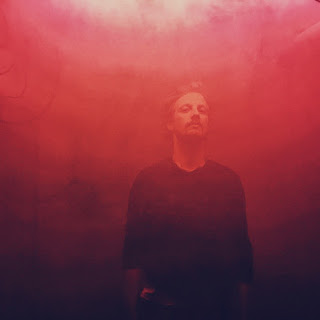 Bartosz assisted worldwide famous cinematographer Janusz Kaminski on feature films “War Horse”, “Lincoln”, “The Judge” and "Bridge of Spies”. He was selected for The Emerging Cinematographer Award in 2014 by The International Cinematographers Guild and nominated for the Streamy Award for his work on “Making A Scene” - a series of short films made for The New York Times Magazine including Oscar contending actors such as Cate Blanchet, Forest Whitaker, Bradley Cooper and others.

Bartosz debuted with “The Artists” directed by Monika Strzępka that were nominated for Best TV series of 2016 by the Polish Academy and had positive reviews complementing the visual style of the show.

He worked as 2nd Unit Director of Photography for 'Call of the Wild' directed by Chris Sanders, 'The Post' and 'Bridge of Spies' directed by Steven Spielberg and 'Boychoir' directed by Francois Girard.

Posted by Maja Trochimczyk at 3:38 PM No comments: