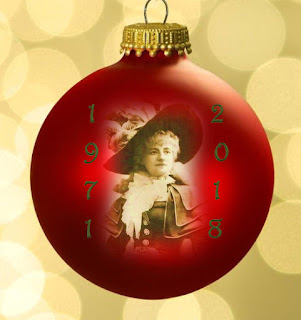 Helena Modjeska Art an Culture Club will have its annual Christmas party, to share the traditional opłatek, Polish dishes, and carols at the charming mountain-style villa of the McGroarty Arts Center in Tujunga (7570 McGroarty Terrace, Tujunga, CA 91042), on Saturday, December 15, 2018 at 6: 00 in the evening. 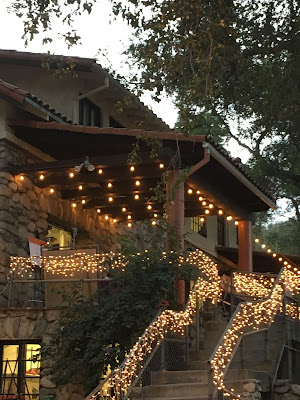 The program of our last event this year will celebrate Polish holiday traditions: after sharing the opłatek with best wishes, we will have a dinner buffet, for which we ask all members to bring homemade dishes (according to the proposed menu), and favorite beverages. We will welcome the newest members of the club that include several celebrities!

Caroling will start with a group of children in Kraków costumes (one carol). The highlight of the evening will be the presentation of three Christmas carols by the world-famous soprano Teresa Kubiak, who for 14 years was a star at the Metropolitan Opera in New York. She will be accompanied by a world-renowned pianist, Prof. Wojciech Kocyan (bios attached). Then, all club members willhave a chance of participating in a singalong of Polish carols. Our songbook has 20 texts!

This event is for Club members and their personal guests. 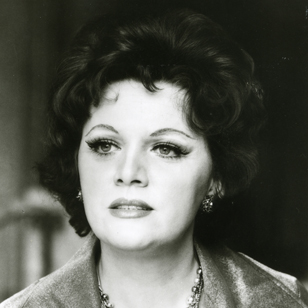 A soprano, Teresa Kubiak made her American debut at Carnegie Hall in 1970 and performed operatic engagements throughout the United States, Canada, Europe, Asia and the Middle and Far East.  She sang with the Metropolitan Opera for 14 years and has performed in London's Royal Opera, the Vienna Staatsoper, Paris, Munich, Rome, Bulgaria, Russia, Lisbon, Madrid, Barcelona, Venice, Warsaw, Prague, Korea, China, Kuwait, Jordan and the Philippines. 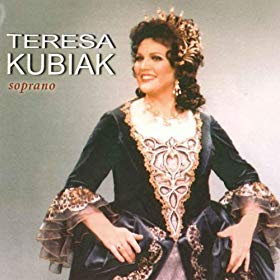 While regretting that Kubiak did not make even more recordings to preserve her magnificent talent, music critic Erik Eriksson thus summarized her career: “she used her rounded, soft-edged (but steel-cored) instrument [i.e. voice] to complement her shrewd characterizations in the Russian, Italian, German, and English languages, as well as for exemplary performances of songs and operas in her native Polish  Kubiak won the respect of many of the world's leading conductors and enjoyed a significant career in America, as well as in Europe.” 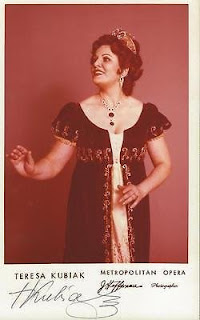 Teresa Kubiak was involved in judging many national and international competitions and is listed in the International Who's Who of Music and Musicians, Who's Who in American Women, Annals of Metropolitan Opera and Who's Who in Opera.  In 2005, she was awarded a Doctor Honoris Causa degree from the Music Academy of Łódź, Poland, her alma mater.  In 2012 Teresa Kubiak, was awarded the Medal Fides Et Ratio (Medal of Faith and Reason) by the Warsaw University Association, Warsaw, Poland. The award—in recognition of artistic achievements, the celebration of Poland, and the promotion of good and beauty in the world—was presented by the Reverend Cardinal Joseph Glemp at the Warsaw St. John the Baptist Basilica on March 11.

For the last 25 years, Teresa Kubiak was a professor of music/voice at Indiana University's Jacobs School of Music and officially retired in 2018. Teresa Kubiak has been married for over 50 years to her wonderful husband Janusz Kubiak, who is also an accomplished concert cellist.  She was blessed with two daughters, Margaret Kubiak who lives in Los Angeles, and Dorota Kubiak who unfortunately passed away a few years ago. 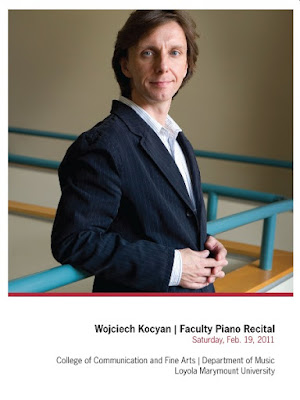 Kocyan performs at Modjeska Club event in 2011 at Bowers Museum

In 2007 the Gramophone magazine, published in London and considered the world’s most prestigious classical music journal, called him “a genius…  stands ground alongside Pollini, Ashkenazy and Richter" and chose Mr. Kocyan’s recording of Prokofiev, Scriabin and Rachmaninoff as one of 50 best classical recordings ever made, alongside recordings of such luminaries as Leonard Bernstein, Dietrich Fisher-Dieskau, Nicolaus Harnoncourt and Arthur Rubinstein.

Dr. Kocyan is a Full Clinical Professor of Piano and Artist-in-Residence at Loyola-Marymount University in Los Angeles. He is also active as an adjudicator, lecturer, scholar and arts administrator. He is regularly invited to judge music competitions at the local, state-wide and international levels. He has given masterclasses and lectures in France, Hungary, Austria, Poland, Japan, Mexico and United States, . He twice presented lectures and masterclasses at the World Piano Pedagogy Conference.  In 2015 he presented masterclasses at the World Piano Conference in Serbia and was appointed the judge of the World Piano Competition. 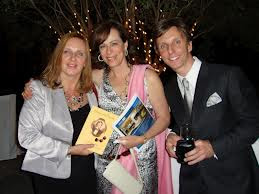 In October 2017 he was one of five eminent international speakers invited to lecture at the international musicological conference “Competition or music put to the test”, organized by the Chopin Institute in Warsaw in conjunction with the 17thInternational Fryderyk Chopin Piano Competition. His paper on the evolution of the performance style in the history of the Chopin International Piano Competition in Warsaw was included in the inaugural issue of the “Chopin Review”, a leading publication in Chopin scholarship, published by the National Chopin Institute in Warsaw, Poland. He also presented at the Music Teachers Association National Conference in Orlando, Florida. 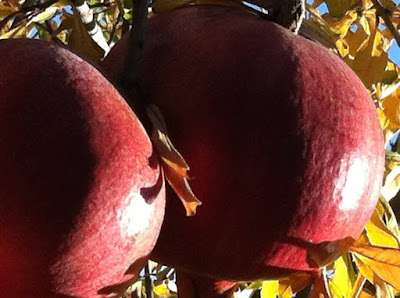 On behalf of the Modjeska Club Board, I would like to wish you all a peaceful, healthy and happy Thanksgiving. This is not a holiday that you could have found in the Polish calendar - the nearest to this idea is probably the Harvest Festival (dożynki) or the celebration of Our Lady of the Fields (Matka Boska Zielna) when we share  gratitude for the gifts of the earth: for food, flowers, and beauty that are a daily gift for us.

In America, children perform plays with pilgrims and Indians that share food and celebrate together. This is not true, because the original inhabitants of this land remember  the genocide, death and plunder that newcomers from Europe brought to them as an unwanted gift. Thirty million of Native Americans were killed, almost everything was taken away from them, leaving a substitute of sovereignty on the reservations (their vengeance is the casinos, they finally found a way to benefit from the greed of their invaders!).

Because Poland has been occupied by strangers for so many years, we are sensitive to their tragedies, but we celebrate Thanksgiving the American way. Gratitude is virtue in every religion; we are grateful for our roots in Poland, for Polish culture and history, for traditions cultivated in our homes. We are also grateful for our new country, for the freedom of choice, for work, houses, gardens, careers, customs, friends and even the climate – as we enjoy our new life that we've built for ourselves in California.

Within the Helena Modjeska Art an Culture Club, we are happy for the presence of friends and the opportunity to build new friendships in our Polish family in California. We are grateful for the talents and achievements of our outstanding guests - lecturers, musicians, actors, artists. We thank all club members and guests for their presence with us, for their work, talents, achievements, help and good humor. May this celebration of Thanksgiving truly be the holiday of Polish gratitude. 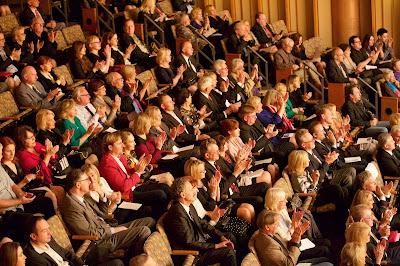 On November 5, 2018, The Polish Consulate in Los Angeles held its Gala Concert in celebration of the 100th anniversary of Polan's Regained Independence, at the Colburn School of Music, organized with funds from the Polish National Foundation an the Polska Misja Handlowa, with organizational support from the Helena Modjeska Art and Culture Club.

Pianist Kate Liu played works by Paderewski (Melodie, Op. 16), Chopin (Mazurkas, Op. 59) and Beethoven (Piano Sonata Op. 110). This was a star studded evening, with Poland's Senator Anna Maria Anders, Secretary of State for International Dialogue who flew in for one night! Also, in attendance were many celebrities, including Wojciech Kocyan, pianist; Katarzyna Sadej, mezzosoprano, Jerzy Antczak, film director; Jadwiga Baranska, Kasia Smiechowicz Le Conte, Aleksandra Kaniak and Marek Probosz - aktors; Marcin Gortat from the Clippers, and many representatives of Polish American organizations from San Diego, Los Angeles, Orange County, and San Francisco. Consuls General of Sweden, Greece, Italy, and Spain were in attendance, along with representatives of local government, including Jeffrey Prang, the County of Los Angeles Tax Assessor, who presented the Consulate with a special Congratulatory Resolution from the County.

Senator Anna Maria Anders Costa made a speech about Polish independence. She mentioned especially about her father Gen. Anders, and General Maczek - an all the soldiers fighting for independence in both World Wars.  At the end she asked her audience to express gratitude for the sacrifices made by so many in her father's generation by enjoying freedom and opportunities available to them in independent Poland. 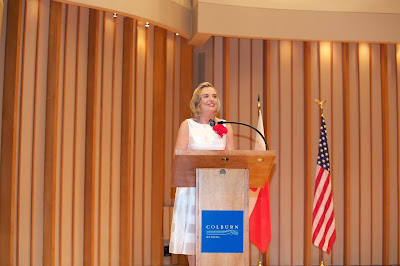 The event started from welcoming remarks by Consul General of RP Jaroslaw Lasinski, including expression of gratitude to the Modjeska Club and the Polish National Foundation for the support of this event. The consul profusely thanked the Club for the organizational support without which this event could not have taken place. A short clip from the event was broacast by TV Polonia, however without attribution to Modjeska Club. 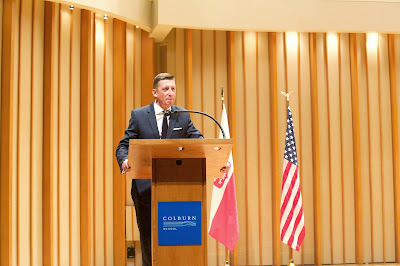 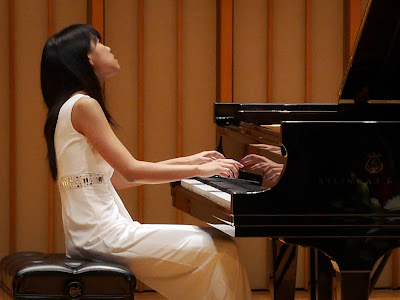 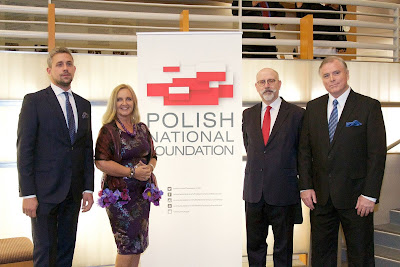 Maja Trochimczyk concert review of both events, Katarzyna Sadej an Kate Liu was posted on the Chopin with Cherries blog:

and published by Post Eagle Newspaper on the east coast: (subscription needed).

Posted by Maja Trochimczyk at 4:44 PM No comments: