Marek Probosz and Holidays in Pasadena 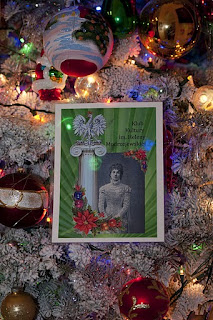 The Modjeska Club's Christmas Party will take place on December 11, 2011 at 4 p.m. in a private residence in Pasadena (and do not forget to mark your calendar for our 40th anniversary ball on February 4, 2012!).

The wonderful actor, director, screenwriter, and author, Marek Probosz, will be our guest of honor. The party will include an interview with Probosz about his second book, sing-along Polish Christmas Carols, and Polish festive food, created by our talented chefs of the Modjeska Club. We will also dedicate some time to the introduction of new members in our 40-year old institution.

A preeminent figure in European stage, television and film, MAREK PROBOSZ has starred in over 50 films competing at key international festivals including Cannes and Karlovy Vary (Jiri Svoboda’s award-winning Fall of the Lonely Castle) Venice (Jerzy Skolimowski’s 30 Door Key) San Sebastian (Frantisek Vlacil’s The Fern’s Shadow). His second book of short stories Call Me When They Kill You, was published in Poland in May 2011 and will be available for purchase and signing (the stories are all in Polish). In addition to reading from his book, Probosz will also present some poems by his grandfather Jerzy Probosz. 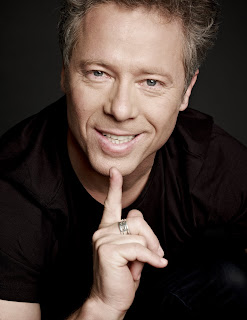 The grandson of Polish poet laureate Jerzy Probosz - a young writer whose career ended with his death in the Dachau concentration camp - and son of architect father and a schoolteacher mother, Probosz was awarded a Master of Fine Arts degree in Acting from the prestigious Polish National Film, TV and Theater School in Lódz in 1983. He first directed and starred at the Odyssey Theater in Los Angeles in AUM or Tormenting of Actors, an original theatrical production from his own script. After directing six short films based on his own scripts, Marek Probosz obtained his Certificate in Film Directing at the American Film Institute in 1993. In 1998 he received his MFA in Drama.

Since his time at AFI, he has directed a full-length documentary film Jan Kott: Still Alive and wrote six feature film screenplays. In a riveting performance that many thought would become Poland’s first Oscar for Best Actor, Probosz starred as the Polish WWII hero, Witold Pilecki, the only known person in history to volunteer to become imprisoned at Auschwitz concentration camp so he could liberate its prisoners from within, in the feature film, The Death of Captain Pilecki. Many have likened his performance to that of Liam Neeson’s Schindler. The film, extraordinarily controversial within Poland, garnered The Special Jury REMI Award at IFF, Houston ‘07.

Probosz is a regular on the longest-running Polish TV series Clan and the most successful Polish TV series of all time, L Like Love, in which he plays the first homosexual character ever featured on Polish National TV. Aside from its controversy, it has made him a film idol in his homeland where he is mobbed for autographs wherever he goes. His most recent credits are 8 Horizontal, winner of the Grand Prix, Gdynia FF’09 in which he portrays a Polish Arab Mustafa, Revers, Golden Lion Award, Gdynia ’09; FIPRESCI Award, Warsaw FF; and the Polish nominee for the 2010 Oscars. 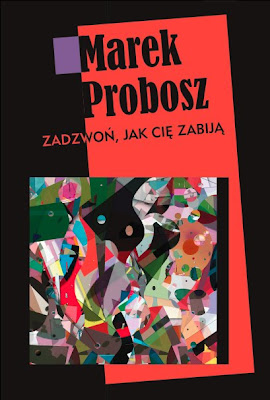 Most recently, he plays the role of Satora in the new epic film by world acclaimed film director Agnieszka Holland, The True Story of Janosik. His role of Odysseus with illustrious British star Henry Goodman in the Getty Villa theater production, Philoktetes, brought him into directing a Greek play Socrates Now at the Getty Villa in Malibu, California. Probosz’s first book Eldorado, was published with a great success by Stentor Publishing House in Poland in 2008.
Posted by Maja Trochimczyk at 8:50 PM No comments: