February 3, 2019 at 4 pm - Concert by Duet Piramidy from Poland at CenterPointe Club in Playa Vista 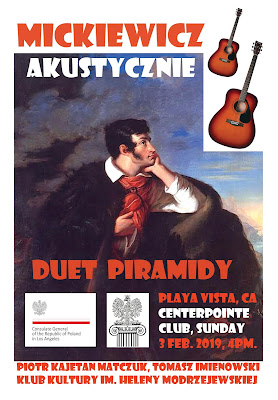 Modjeska Club is pleased to announce its next event, a special concert "Mickiewicz Unplugged" performed by the Polish duet Pyramidy consisting of Piotr Kajetan Matczuk - acoustic guitar, piano, and singing; Tomasz Imienowski - bass guitar. The concert will take place on Sunday, February 3 at 4 pm, at the CenterPointe Club in Playa Vista (6200 Playa Vista Drive, Playa Vista, CA 90094; it is an elegant and modern private club with free parking under the building. Reservations for the concert please send to the President, Prezes@modjeska.org, by 25 January 2019.  More information will be provided via email to members and guests of the Modjeska Club. Send your inquiries to the President.

This concert is co-sponsored with a grant from Polonia funds of the Ministry of Foreign Affaris of the Republic of Poland. Projekt jest współfinansowany w ramach funduszy polonijnych Ministerstwa Spraw Zagranicznych Rzeczypospolitej Polskiej.

MICKIEWICZ UNPLUGGED is a concert consisting of texts by Adam Mickiewicz, which were chosen so as to sound very contemporary. PIRAMIDY show Mickiewicz not as a poet who is only a bard, a symbol, a monument and the author of "Pan Tadeusz", but as someone who could write about love, about normal life, about what meets us, surprises and about everything that remains valid after today. It is sometimes cheerful and humorous, sometimes nostalgic, sometimes includes singing together with the audience, sometimes is very touching. This concert will certainly appeal to everyone and will be remembered for a long time. Additional well known songs with poetic texts may be presented as an encore. 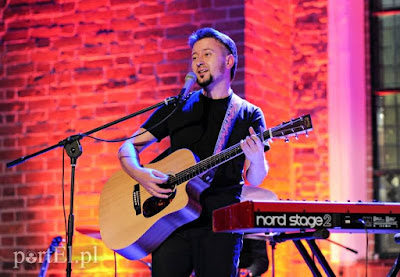 Pianist, guitarist, arranger, songwriter. Leader and founder of the PYRAMIDS team. Graduate of the Music Study in the piano class of Elżbieta Lickiewicz and Polish philology at the University of Gdańsk. PhD student at the Institute of Polish Literature at the University of Warsaw. The official patronage over his work has taken the Program 2 of Polish Television. He gave concerts in Poland and in Europe, including in The Hague in the Netherlands, the NATO military base Allied Joint Force Command Brunssum for the Polish staff commanding the mission in Afghanistan, in Vianden in Luxembourg, many times in Berlin, among others in Columbiahalle, Ernst Reuter Saal, Ufafabrik, Filmbuhne am Steinplatz - joint concert with Józef Skrzek, in Fontanehaus on the official celebrations of the 25th anniversary of the demolition of the Berlin Wall, in Cologne, Munich, Frankfurt, Geneva in Switzerland in the Permanent Representation of the Republic of Poland to the UN in Brugg, Zurich or in Vilnius. Author of theater and film music.

He performs theater music at the Ateneum Theater, among others with Krzysztof Tyniec's band, author of music for the monodrama "Życiorys", dir. Wojciech Wysocki. He made music and appeared in the documentary entitled "Bard" dir. Katarzyna Kościelak (produced by TVP2), appeared in the film "Wałęsa", dir. Andrzej Wajda as one of the striking shipyard workers. For artistic work, he was awarded by the President and the City Council of Ełk - the White Lily 2009 statuette, and by the Mayor and City Council of Kościerzyna - Angelus 2010 statuette - for artistic achievements and work with youth. 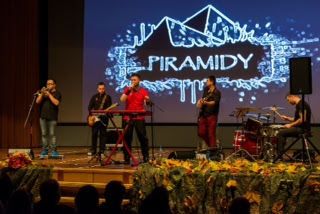 Tomasz Imienowski Bass guitarist, composer. He has been connected with music since childhood. He is fluent in all musical styles, but most often he can be found with an author's song, ambitious poetic projects. He appears on stage with Krzysztof Tyniec. He also collaborates with: Open Blues, Janusz Niekrasz Band (solo project TSA) and the band Pyramid. He plays bass guitar at the Ateneum Theater in Warsaw. He is valued above all for great "drive" and section work. He worked with the greatest stars and instrumentalists of Polish blues, rock and jazz (including musicians from TSA, Republika, Nocna Zmiana Bluesa). He was invited to a guest appearance on the recorded and released in 2012 concert DVD by Wojtek Pilichowski. Together with his friends, he has several albums that have been warmly received in Poland and abroad, and a vinyl (!) Single that Open Blues shares with American guitar star Alvon Johnson. He played over a thousand concerts throughout the country and abroad (Denmark, Germany, the Netherlands, France, Latvia, Croatia). He also gave concerts on radio and television. 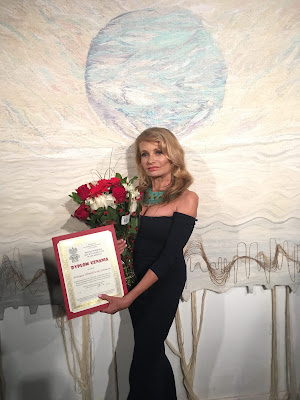 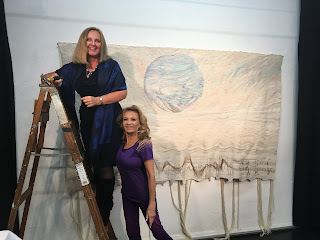 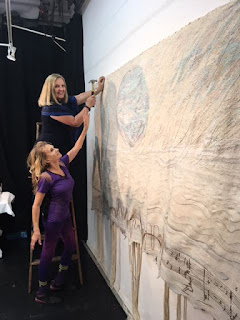 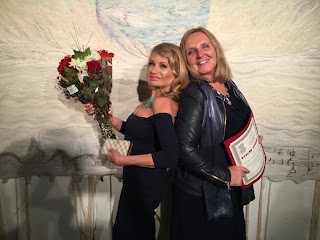 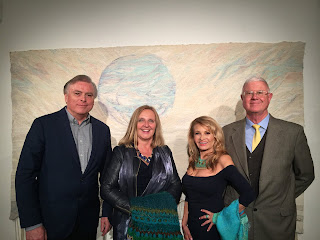 February 17, 2019 at private residence in West Hills: Magdalena Grzebalkowska talks about her biography of Krzysztof Komeda, RSVP Club members and their guests only. Interview by Andrzej Maleski.

May 4: Polish Engineers At NASA, organized by Artur Chmielewski and Witold Sokolowski

Posted by Maja Trochimczyk at 4:46 PM No comments: