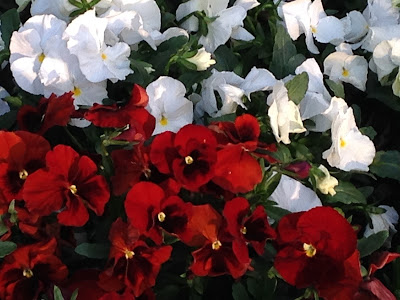 THE TRADITION OF THE POLISH REVOLUTIONARY

We invite you to a meeting prepared and conducted by one of our members. Mr. Konrad Tademar Wilk will give a richly illustrated lecture (in Polish) entitled "The Tradition of the Polish Revolutionary" on Saturday, the 6th of November 2021, 6PM at the Alliance League of Huntington Beach, 8071 Slater Avenue, Huntington Beach, CA. 92647.

The program will include a lecture about the heroic Poles fighting for the country’s independence against invaders & occupiers, i.e. the rulers & armed forces of Russia, Germany and the Soviet Union. Prof. Targowski will serve as a respondent providing an alternative point of view. 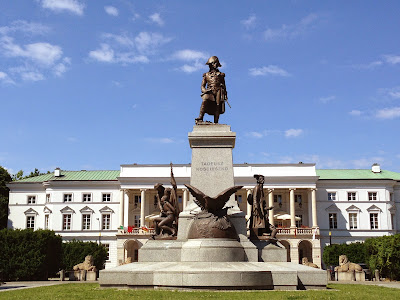 The history of the uprisings means the years 1795, 1830-31, 1848, 1863-4, 1944, and the post-war desperate struggle of the Cursed Soldiers. We have invited Mr. Wilk to share his thoughts on the forgotten pages of Polish history. The program continues his commemoration of the 80th anniversary of the start of WWII & the 75th anniversary of the Warsaw Uprising in 2019 in Santa Monica, as well as a presentation about the Cursed Soldiers that he gave with Margo Schulz (initiator of this project) in the Polish Church in Los Angeles, March 2021.

Please provide the buffet with drinks and desserts. Buffet dinner and good company will be available! The meeting is free for Club members and guests will pay $ 20 per person. RSVP to Beata Czajkowska by 30 October 2021. We look forward to seeing you! 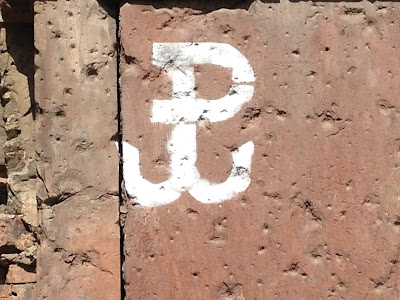 Konrad Tademar Wilk was born in Los Angeles and his family comes from Lwów and Warsaw. He spent his early childhood in Poland, where he was particularly influenced by the rise of Solidarity and his family traditions. The grandparents, Dr. and Mr. Burakowski, are on the list of Righteous Among the Nations in Yad Vashem for saving 36 Jews during the German occupation. 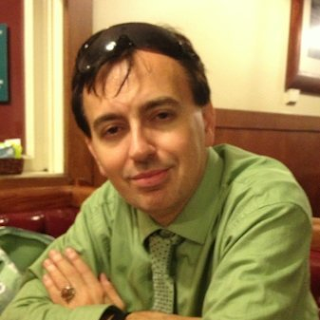 After returning to the US, Mr. Wilk studied philosophy and literature at Los Angeles City College, and graduated from UCLA. He has published many sonnets and poems, mainly on historical and philosophical topics, and has repeatedly presented his poetry on stages in Los Angeles.  A board member of the California State Poetry Society and California Quarterly editor, in 1991, he founded The Witching Hour poetry group, which has been meeting continuously for over 20 years. In addition, he is a founding member of the Pecan Pie organization, dealing with the preparation and promotion of artistic events and stage performances. 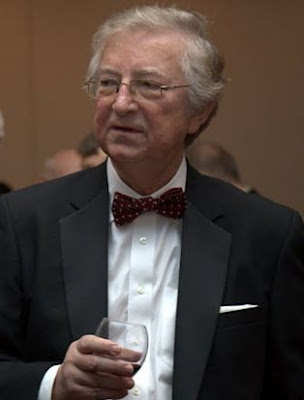 Prof. Andrzej Targowski, Honorary President of the Association of Children of the 1944 Uprising. He came out from under the corpses of the German execution in August 1944 in Mokotów in Warsaw. A pioneer of Polish and American computer science, m.in initiator of the PESEL system. Author of 50+ books, Professor Emeritus Western Michigan University. former President of the Society for the Comparative Study of Civilizations. former President of the World Council for Research of Polonia. 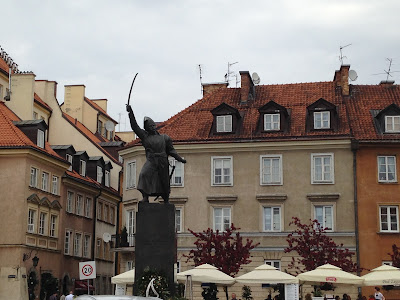 Monument to Jan Kilinski in the Old Town, Warsaw 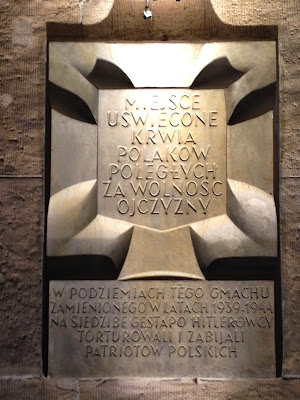 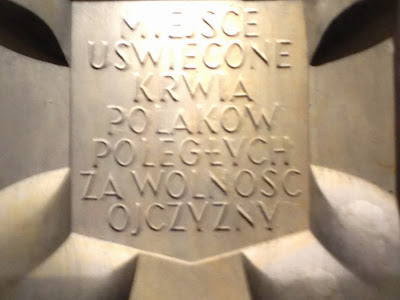 Posted by Maja Trochimczyk at 11:53 PM No comments: