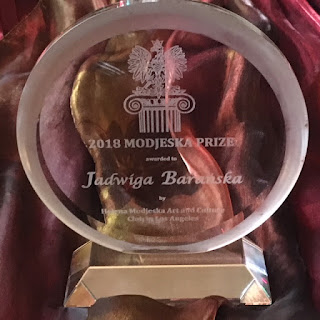 The Helena Modjeska Art and Culture Club presented the Helena Modjeska Prize 2018 to the distinguished Polish actress, Jadwiga Barańska on December 15, 2018.  The presentation took place at the McGroarty Arts Center in Tujunga CA (7570 McGroarty Terrace, Tujunga, CA 91042) during the annual Christmas Caroling party of the club, featuring soprano Teresa Kubiak and pianist Wojciech Kocyan in a mini-recital of Polish carols. 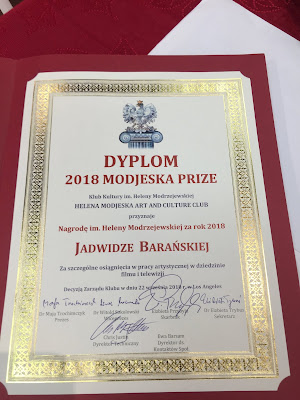 Jadwiga Barańska, actress and screenwriter, is a graduate of the Theater Academy in Łódź, Poland. A prominent actress with numerous leading parts in Warsaw theatres in plays from the classical and contemporary repertoires, she also played dozens of roles on Polish TV. Among the most important of her theater roles are Laura in The Glass Menagerie by T. Williams, Masha in The Three Sisters by A. Chekhov, Lavinia in Mourning Becomes Electra by O'Neil, and Joanna in Skylark by Anhouil.  Her two most important film roles are: Countess Cosel in the film of the same name (Countess Cosel) as well as the lead role of Barbara Niechcic in Nights and Days, an epic movie that was nominated for an Academy Award in 1976. 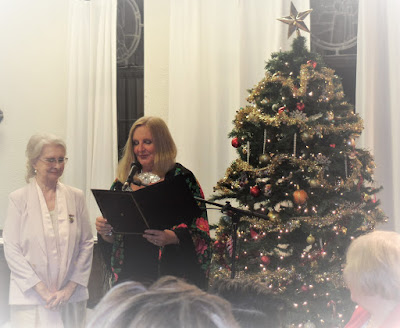 In 1977, the Polish actress starred in American film, The Widows’ Nest. In 1979, Jadwiga Barańska came to the U.S. with her family. Since 1993, she has worked as a screenwriter with the following credits: The Lady of the Camellias (1994, screenplay by Barańska, directed by Jerzy Antczak), as well as Path of Glory by Humphrey Cobb and Caesar and Pompey directed by Jerzy Antczak. In the award-winning film Chopin - Desire for Love, by Jerzy Antczak, Jadwiga Barańska shared the writer's credits, was an associate director, and starred as Justyna Chopin, Frédéric Chopin's mother.

For her artistic achievements she received numerous Polish and international awards.  In 1975 Jadwiga. Barańska was the recipient of the Golden Cross of Achievement for 30 years of working in Polish cinema and Grand Prix for Barbara from Nights and Days from the Polish Feature Films Festival in Gdańsk.  In 1976 she was awarded Golden Grapes for Barbara at the Łagów Festival in Poland; Silver Bear (Grand Prix) from the 26th West Berlin Festival of Feature Films and Golden Apsara for Countess Cosel, at the first Festival of Feature Films at Phenom Phen. 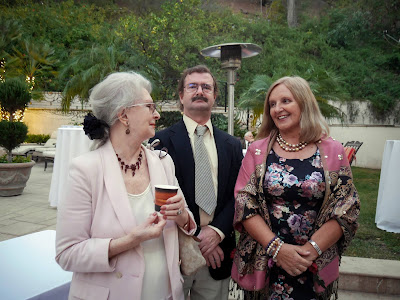 The role of Barbara in Night and Days was also recognized by The First Degree Award from the Polish Radio and Television; The Golden Screen (the Polish  Emmy Award), the State Award of First Degree, and The Golden Nail of Season (the greatest personality, 1977). The next year she appeared on the list of 10 Best Actresses in the 35 years of Polish films. She also won the title of the Best Actress of the Year four times and was recognized by the Polish government with the Gold Gloria Artist medal for cultural achievements (Medal Zasłużony Kulturze Gloria Artis, 2008). In 1999, she was asked to make an imprint of her palm at the Promenade of Stars in Międzyzdroje, Poland.

The awards continued in this decade: Złota  Sowa  Polonii  (Polonia’s Golden Owl) for her film roles (2015),  Diamentowe  Lwy (Diamond Lions) for the best female role as Barbara  Niechcic  in the film  Nights and Days, at the 40th  Polish Film Festival in Gdynia (2015); and the title of the Mistrzyni Mowy  Polskiej  Vox  Populi (Mistress of the Polish Language - Popular Vote) bestowed in 2016.  In 2018, the film Night and Days (Noce i Dnie) has been voted the best Polish film of the past 100 years, by audiences in Poland. Dolnośląskie Centrum Filmowe:  http://festiwalwolnosci.pl/plebiscyt/ 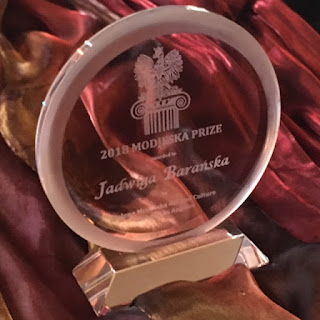 At the December 15 event, Ms. Baranska not only graciously accepted the Modjeska Prize, but also made a personal donation (with her husband, famous film director Jerzy Antczak) to further the cause of promotion of Polish culture in Los Angeles. 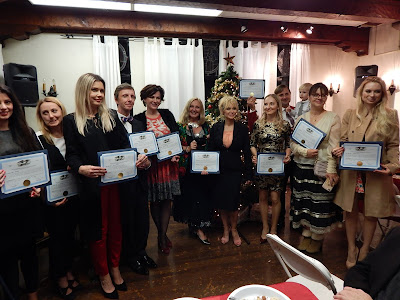 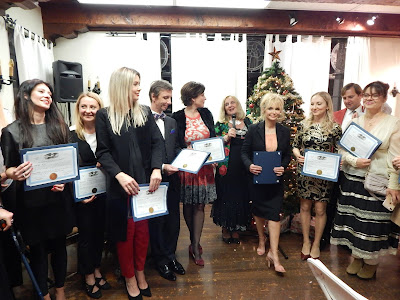 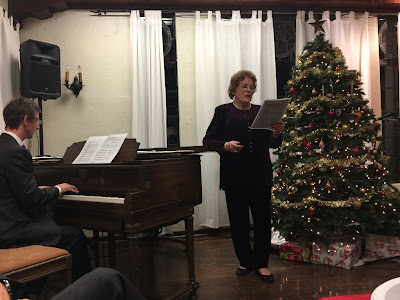 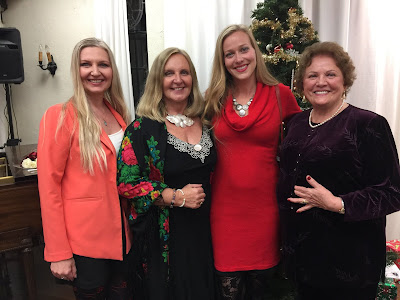 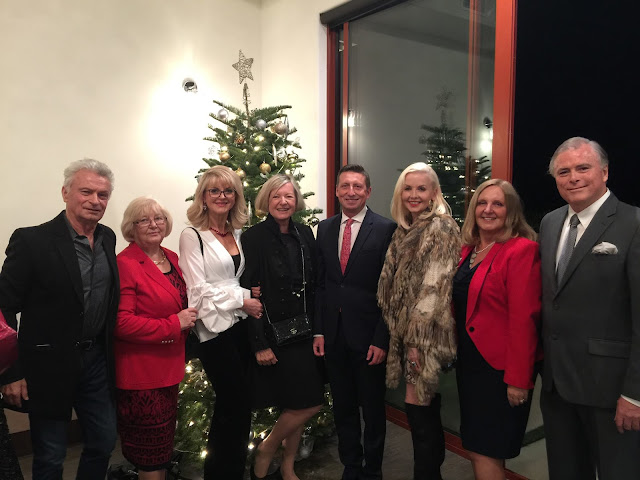 Best wishes for a healthy  and peaceful holiday season, and have a Happy New Year!

From the Board of Directors of the Modjeska Club 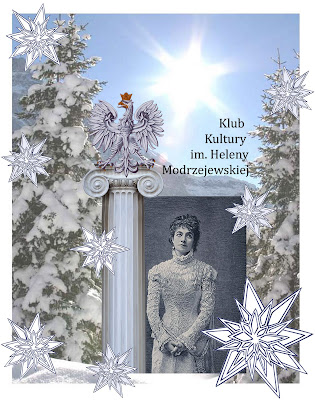 Posted by Maja Trochimczyk at 5:23 PM