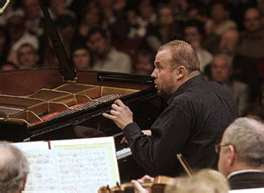 Keys and Clouds – A Piano Recital by Maciej Grzybowski

The Board of Directors of the Modjeska Club, in association with the Adam Mickiewicz Institute of Poland, and the Consulate General of the Republic of Poland in Los Angeles has the pleasure to invite you to a piano recital by one of most eminent Polish pianists, Maciej Grzybowski. 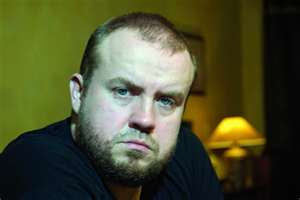 Born and educated in Warsaw, Maciej Grzybowski is the winner of the First Prize and the Special Prize at the 20th Century Music Competition for Young Performers in Warsaw (1992). He made numerous phonographic, radio and television recordings as a soloist and chamber musician and collaborated with Sinfonia Varsovia conducted by such maestros as Jan Krenz, Witold Lutosławski and Krzysztof Penderecki. From 1996 to 2000 Grzybowski was a co-director of the "NONSTROM presents" concert cycle in Warsaw. He took part in numerous music festivals in Poland, e.g., the Warsaw Autumn, Musica Polonica Nova, Witold Lutoslawski Forum, Warsaw Musical Encounters, and Polish Radio Music Festival. He also performed at the Biennial of Contemporary Music in Zagreb, Hofkonzerte im Podewil, Berlin and festivals in Lvov, Kiev, and Odessa (Ukraine).

In March 2005 Grzybowski’s recital at the Mozart Hall in Bologna was recognized as the greatest event of the decade. After Grzybowski’s U.S. debut in New York, in August 2006 EMI Classics released his second solo CD with works by Paweł Szymański. He also appeared in three concerts at the critically acclaimed Festival of Paweł Szymański's Music in Warsaw. In February 2008, he premiered a Piano Concerto by an unjustly forgotten composer, Andrzej Czajkowski. Bohdan Pociej, one of the most famous Polish music critics said: “How refreshing and exciting it is to be in the presence of such great art of interpretation akin to a genius!”

The event is free to Club members and a $15 donation will be collected from guests. Reception to follow. Please do not forget to stock our buffet with beverages and desserts. Affordable public parking is across the street.
Posted by Maja Trochimczyk at 4:37 PM