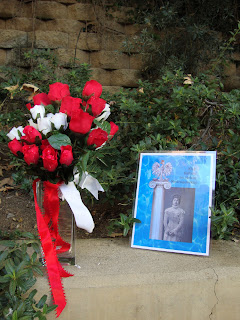 On August 6, 2010, over 50 Modjeska Club members gathered at the Ford Amphitheater to honor Stefan Wenta, an eminent choreographer, whose work, "Fantasy on Polish Airs" to Chopin's music was premiered that evening by the Luminario Ballet of Los Angeles. The ballet was one in a sequence of six works by different choreographers, set to a full range of music, including American jazz and rock (with inspirations from Broadway and the Cirque de Soleil), premiered by the two-year old troupe on a balmy Friday evening. For more information about this program, called "Taking Flight" and other projects of the troupe, see the Luminario Ballet website.

Stefan Wenta was a principal dancer and choreographer of the Warsaw Opera Ballet where he performed in such ballets as Romeo and Juliet, Swan Lake and Coppelia. After receiving a scholarship to study in Paris, along with other Polish notables such as Roman Polanski, Zbigniew Cybulski and Andrzej Komeda, Stefan became the partner of the Paris Opera’s prima-ballerinas Yvette Chauvire and Lycette Darsonval. As the premier dancer of the Theatre d’Art du Ballet he performed in India, Indonesia, China, Africa and all over Europe.

In 1960 he came to America where he became the Artistic Director of the Western Ballet of Los Angeles and later the Wenta Ballet of Los Angeles. He choreographed numerous ballets and a number of films such as Logan’s Run, Our Man Flint, Fantastic Voyage and Warren Beatty’s Reds. Currently he is teaching at the MIMODA studio in Hollywood while finishing his novel, to be published in late spring of 2011. 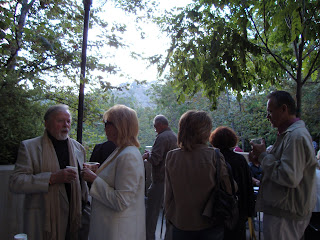 Prior to the performance, the Modjeska Club members gathered for a potluck picnic-reception in the Amphitheater's plaza and witnessed a brief but poignant ceremony, when Mr. Wenta received a Certificate of Appreciation recognizing his achievements as a choreographer and honoring his contributions to Polish culture. Mr. Wenta spoke about his ideas of celebrating Chopin's 200th birth anniversary with a ballet set to one of the composer's rarely heard works, variously known as Fantasy on Polish Airs, Fantasia on Polish Airs, and Fantaisie brillante on Polish Airs in A major, Op. 13. 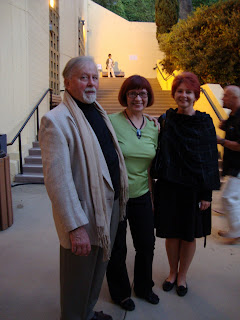 Composed in 1828, it is the second-ever piece by Chopin for piano and orchestra, written after the lovely Variations "La ci darem la mano" based on Mozart's aria. Some well-known Polish tunes make their appearance in the melodious score by a student composer, just 18 years old at the time, including an old, popular romance about Laura and Filon, "Juz miesiac zaszedl..." (Already the moon has set...) and a theme from Karol Kurpinski's Elegy on the Death of Thaddeus Kosciuszko. The piece ends with a vivacious Kujawiak, set in a faster tempo than typical for this usually melancholy folk dance, followed by an extensive coda, brilliantly choreographed by Mr. Wenta.

The difficulty of providing new choreography to old music based on "danceable" tunes set to traditional folk rhythms is considerable: the dancers could have been easily just dancing the mazurka or the kujawiak on the stage. Instead, Mr. Wenta chose to creatively use his corps de ballet and soloists, narrating a Polish story of suffering and triumph, with allusions to national dances and events from Chopin's life. 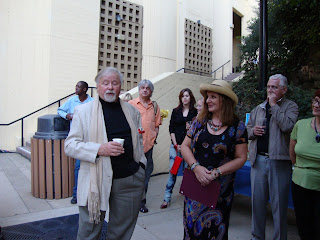 During the reception, he explained his understanding of the national character in dance music on the example of the mazurka and the polonaise choreographed by Russians and Poles. We will find out more about his conception of the piece and his creative ideas from the interview, soon to be published on my blog, Chopin with Cherries.

The photos from the "Ballet at the Ford Theater" may be seen at Picasa web albums. The full report in Polish will be posted on the Modjeska Club website. We will write about our August 13 event in the next post.

In the meantime, a reminder that the Modjeska Club Calendar of Events is filling up quickly - both by our own events and with those organized by others, as noted below.

Note: Photos of Stefan Wenta, Krystyna Kuszta (Vice President of Modjeska Club) and the Consul for Cultural Affairs of the Republic of Poland, Malgorzata Cup (by Maja Trochimczyk); and group photos from the informal event, with Stefan Wenta's impromptu lecture, conversations with club members, etc.
Posted by Maja Trochimczyk at 10:12 PM