Domoslawski & Kapuscinski at the Ruskin 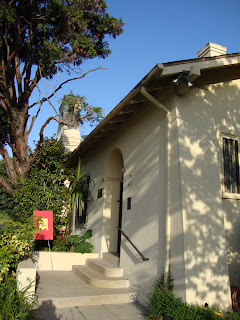 After starting the 2010-2011 season with Stefan Wenta's ballet for the Luminario Ballet of Los Angeles (August 6) and a documentary about Marian Kolodziej at the ArcLight Cinemas-Hollywood (August 13, a report will follow), the Modjeska Club presents a literary event. Our guest from Poland will be a well-known Polish writer and journalist, Artur Domosławski, who will discuss the life and oeuvre of Ryszard Kapuściński (1932-2007) after the premiere of a documentary, Poet on the Frontline: The Reportage of Ryszard Kapuściński, by Gabrielle Pfeiffer.

Ryszard Kapuściński (1932-2007) was a famous Polish journalist, writer, poet and photographer, internationally recognized for his groundbreaking literary style and reports from around the world. He published 16 books during his lifetime, as well as six volumes of memoirs, two poetry collections. Two books appeared after his death and many volumes were translated. A 16-volume edition of his collected works was issued in 2008. Kapuściński received over 50 prizes and awards, including six honorary doctorates from universities in Gdańsk, Wrocław, Sofia, and Barcelona, as well as Silesian and Jagiellonian Universities. 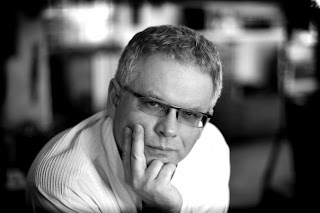 Our guest, Artur Domosławski, is a distinguished Polish writer and journalist at “Gazeta Wyborcza” and Kapuściński’s biographer. A graduate of the State Higher School of Theater in Warsaw, he mostly writes about Latin America, anti-globalization movement, social conflicts, and religious issues. He published five books and hundreds of essays. His book, Latin-American Fever (Gorączka latynoamerykańska) is a report from travels throughout Central and South America. For the book America in Mutiny (Ameryka zbuntowana), he received the Beata Pawlak Prize. Published in 2010, Kapuściński non-fiction, has been engendered an intense debate in Polish and foreign media.

Our Calendar has been updated recently. We are pleased to announce that the Modjeska Club will host a meeting with Prof. Leszek Balcerowicz, a noted economist and politician, who led the transformation of Poland's economy into a modern, free-market system in the 1990s. Prof. Balcerowicz's earlier visit, planned for April 2010, was canceled due to the national mourning period after the crash of the Presidential plane near Smolensk, Russia.

Posted by Maja Trochimczyk at 8:33 PM