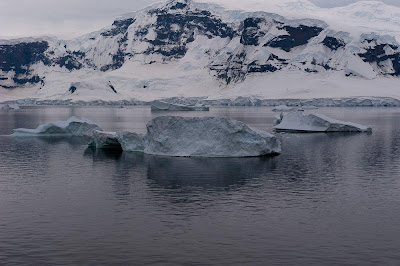 This week's event is dedicated to Poles traveling to the Antartic, including stop overs in Argentina and Chile. The Club meeting will take place in the elegant South Pasadena Public Library Community Room (1115 El Centro St., South Pasadena, CA, 91030) at 5:00 p.m., on Sunday, 19 June 2011. Details of the program were recently finalized and updated. 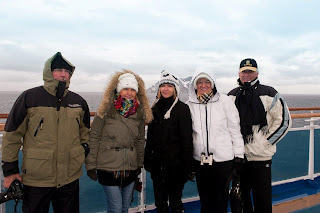 The program includes two presentations: of video recordings and photographs from the travel to the Antarctic by our members, Bogdan Plewnia and Andrzej Jagoda, with their families and friends, and of photographs from travels to South America by Witold Fraczek, the President of our "twin" club - Polacy w Inland Empire (Klub PIE).

In January 2011, eight members and friends of the Club traveled to South America and the Antarctic, with the destination of the Polish Antartic Research Center on King George Island, in Admiralty Bay and Esperanza Station. Our travelers were: Nina and Tadeusz Budner, Lila and Andy Dowen, Halina and Andrzej Jagoda, as well as Jola and Bogdan Plewnia. On January 15, 2011 the travellers reached the Polish Antarctic Research Center and met with a group of Polish scientists working there. 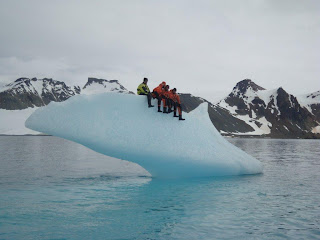 The Polish Center for Antartic Research is named after a meteorologist, Henryk Arctowski (1871-1958) who participated in the expedition of „Belgica” in 1897-1899; it was the first group to spend winter in the area. Due to environmental concerns travels to the Antarctic are now nearly impossible, because larger ships will not be allowed in the waters surrounding the South Pole region. Let us then see Poles living on the largest research station of the Antartctic. 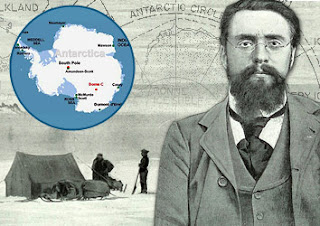 We will admire incredible glaciers, mountains, and, of course, penguins. We will also learn about the life of Henryk Arctowski, who was born in Poland, but studied in Belgium, France, England and Switzerland. In Paris, he met the explorer Adrian de Gerlache and joined his expedition to the Antarctic region in 1898. After returning north, he worked for a while in Sweden and in the U.S. at the New York Public Library. After returning to Poland in 1920 he served as the professor of meteorology at the Lwow University, but decided to move back to the U.S. just before the outbreak of World War II. He was lucky: he would have been killed with all the other Lwow professors when the Germans came to the city. 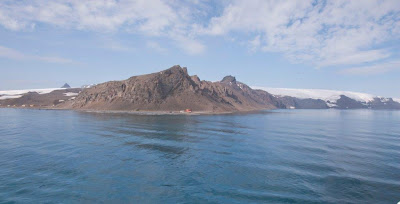 The way to the South Pole leads through and around South America and we will counter a brief report from the Modjeska Club group's visits to Argentina and Chile with a report by the President of our partner club, Klub PIE from Riverside. 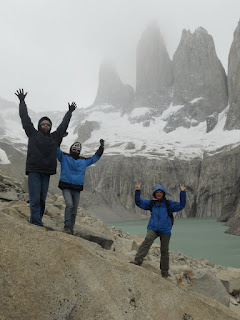 Witold Frączek spent three months in South America and has many interesting stories to tell. Having a chance of an interactive discussion will enliven and enrich our evening, as well as strengthen the bonds between the two Clubs.

He provided the following introduction: "My family, the Frączeks, has spent several months in Chile in 2010. One of the trips that we made in that longest country of the world was to its very south, to Chilean Patagonia, where a remarkable Torres del Paine National Park is located. Later, after leaving Chile and on our way to the Inca fatherland, we stopped in Mendoza, Argentina, famous for its quality red wine, especially Malbec."

In the fall of 2011 we plan the following events:

Other programs and events are now being arranged. If any of our members have any special wishes, please do not hesitate to contact us, so we could add them to the list of proposals to be approved by the Board and start working on organizing those events. 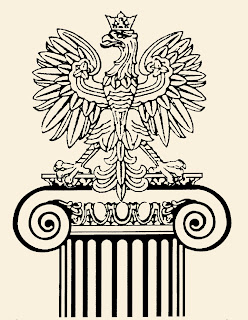 The Modjeska Club was founded in 1971 and in 2011 we turn 40. For some members this is a nostalgic look back: if only we were as young as our Club!

Our anniversary celebrations are to include the Awards Ceremony (coinciding with the Modjeska Prize Award to a Polish actor) in mid-October, the New Year's Eve Ball and the publication of a book, containing a historical overview of our activities, and essays by past Presidents. I have also included a discussion of the anniversary in the annual meeting programs of the Polish Institute of Arts and Sciences of America (held on June 10-11, 2011 in Washington D.C.) and the Polish American Historical Association (to be held in January 2012 in Chicago).

For those who have cherished pictures or mementos from the past, please share them with the members of the Editorial Committee: Maja Trochimczyk, Krystyna Kuszta, and Joanna Maleski. The book will be published in English and Polish.

We are very happy with the response to our fund-raising campaign for AV equipment, which brought so far over $2,400, including a grant from The Wagner Foundation and a planned in-kind donation of a digital projector from the Sharp Corporation. We greatfully acknowledge this support from a group of dedicated donors, invited to assist us by Board Member Bogdan Plewnia.

We hope to continue receiving donations and are very thankful to all the donors. If every club member contributed just $50, we would have new state-of-the-art equipment for our events!