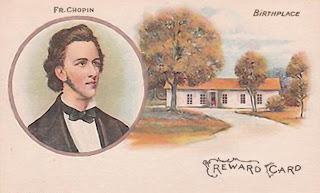 Modjeska Club's activities include those addressed at the general public and serving to promote Polish culture in Los Angeles, and those addressed to the club members and allowing them to have exclusive access to eminent Poles visiting Southern California. In October, we will have both types of events. The first is a free Concert of Romantic Music by Polish musicians based in New York, mezzosoprano Marta Wryk and pianist Adam Kośmieja. They will perform a recital of romantic songs, celebrating the 200th birth anniversary of Fryderyk Chopin, including songs and piano works by Chopin and songs by Antonin Dvorak. The concert will take place at the elegant South Pasadena Library Community Room (1115 El Centro St. South Pasadena, CA 91030) at 6:00 p.m., on Sunday, October 10, 2010.

Posted by Maja Trochimczyk at 6:21 AM